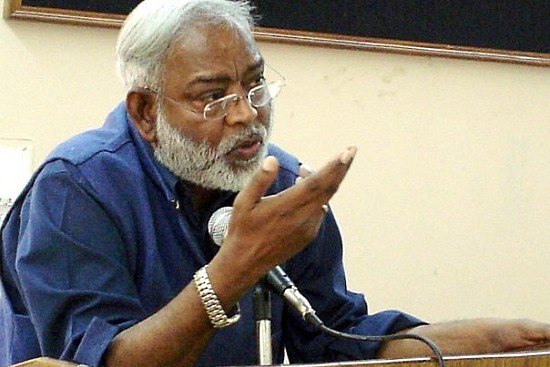 Delhi-based journalist and human rights activist John Dayal seems to have become the new target for Hindutva trolls on the internet.

Even though he has often been the subject of such hostile attention, there has been a sharp spurt in the attacks via Twitter with the #ShameOnJohnDayal hashtag trending wildly.

The reason? The principal of a school in Mumbai had been arrested for molesting one of the students and John Dayal pointed out that the owners of the school were known to be associated with the Bharatiya Janata Party.

Thus began the spewing of hatred and venom that has become a characteristic of disagreements that take place on social media.

For some reason, the trolls seemed to believe that he was attacking their religion and therefore they had the moral responsibility of defending theirs by making lewd comments against his, only to further misconstrue his replies to justify what they believed in the first place.

We are trending #ShameOnJohnDayal right now. kindly tweet/RT/reply. He is Padri in Kerala and abusing RSS &Hindus on twitter.

Unfortunately, those who threaten and abuse on social media have now begun to act on them. The brutal murders, most recently of academic, activist MM Kalburgi in Karnataka last month, followed by death threats to Mysore-based rationalist KS Bhagawan, are a testimony to the fact. Or, in the recent past, the murders of Pune-based rationalist Narendra Achyut Dabholkar, and how can we forget the murder of activist-rationalist Govind Pansare?

Kavita Krishnan, secretary of the All India Progressive Women's Association, has launched a petition addressed to the commissioner of police, Delhi, urging him to "provide adequate and prompt protection to Dayal, and take immediate measures to identify and arrest all those making threats or indulging in hate speech against him".

Dayal, known for his committed struggle against communalism and bigotry and his defence of democracy and peace, is being subjected to an unrelenting hate campaign on social media. The trolls, all supporters of the Indian prime minister, the BJP and RSS, have even gone to the extent of making public his personal contact details - thereby creating a clear and present danger for him