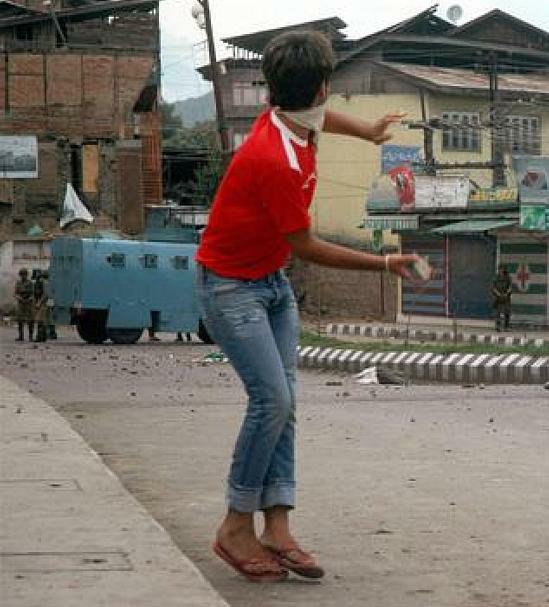 Curfew? Shoot at sight? This young protester is out there, chucking a stone towards CRPF personnel in Srinagar
on a day that saw five more people being killed

The sheer enormity of what's going on in Srinagar is mind-numbing and that perhaps explains the stunned silence all around. So, with a quick apology to the late Busybee, a few stray thoughts, a few general observations and a few points of view about the immediate trouble at hand: