J&K: Feminists Who Are Against Article 35A But Favour AFSPA

The protagonists of the AFSPA would argue that the Army’s internal mechanism is enough to deal with such issues. But no one in Kashmir takes it seriously as previous cases like the Patheribal fake encounter case of 2000 shows 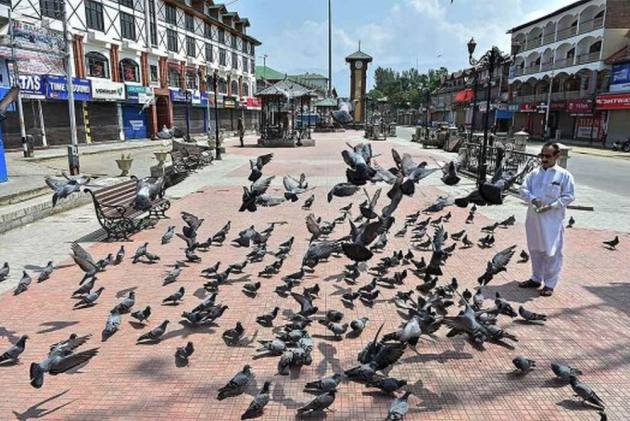 The story goes like this: In November 2011, when the then Chief Minister Omar Abdullah called for a meeting on removal of the controversial Armed Forces Special Powers Act (AFSPA) from the peaceful districts of the State, the Army put its foot down.

The Army argued that if the AFSPA is lifted even in phased manner, the country could be compelled to grant the State independence by 2016. The Army also reportedly said the calls for the lifting of the AFSPA comes from Pakistan, the ISI, militants and separatists, baffling the then Chief Minister who told the meeting that he could “see where I fit in.”

Regional political parties like National Conference and Peoples Democratic Party have been calling for the lifting of AFSPA for long. In fact, Mehbooba Mufti would lead protests seeking its revocation. Now it is being revealed that the Union Home Ministry in 2011 was in favour of removal of the AFSPA with the then Home Minister P Chidambaram supporting demands for the phased lifting of AFSPA, but the Army’s 'no' ended the debate. In the case of Pakistan, it is argued that it is the Army that calls the shots in that country. Here the Union Home Minister and the Chief Minister of the State were in favour of the removal of the controversial law but they couldn’t do it as the Army didn’t agree and everyone fell in line.

In Jammu and Kashmir, AFSPA was implemented on September 10, 1990 after a notification was issued by the state government declaring the Kashmir Valley as 'disturbed area'. Later on August 10, 2001 the state government extended the 'disturbed area' provision to the Jammu province. Under the Agenda of Alliance, the PDP and BJP had intended to withdraw this notification without touching the AFSPA, thus rendering the law toothless cleverly. But nothing happened.

The question is what is the harm in removing the law from the Jammu province and peaceful Ladakh.

There is a section that calls the Article 35A as misogynistic. They say any woman of Jammu and Kashmir who marries to non-resident doesn’t get property rights. In fact, the woman who marries to non-resident gets property rights but still they propagate it to show themselves as progressive. These self-styled feminists have issues with Article 35A but they are comfortable with the AFSPA. Over the years, the state government has sent 50 cases for prosecution sanction against the armed forces personnel under AFSPA since 2001. However, the Union government has denied the permission in all the cases. The cases include “killing after abduction”, “outraging the modesty of a woman”, "the disappearance of civilians, rape, torture and killing." But the self-styled feminists are just mum about it.

Now that the Indian Army has ordered disciplinary action against Major Leetul Gogoi during a court of inquiry after he was briefly detained by the police for being present at the Srinagar hotel with the girl, nothing is going to change in the restive State. The protagonists of the AFSPA would argue that the Army’s internal mechanism is enough to deal with such issues. But no one in Kashmir takes it seriously as previous cases like the Patheribal fake encounter case of 2000 shows. In Patheribal, the Army had killed five civilians in a fake encounter and passed them as foreign militants.

In 2007, the CBI presented chargesheet against the accused officials in the court of CJM, Srinagar. The Army filed appeal in the High Court on behalf of the five accused Army officials challenging the CBI’s move, saying prior sanction was necessary for filing chargesheet under the AFSPA.

On May 1, 2012, the Supreme Court gave the Army discretion to choose between a court martial and a criminal trial for accused officials. The Army preferred court martial proceedings. In January 2014, the Army in its verdict said evidence recorded could not establish a prime facie case against any of the accused, but clearly established that it was a joint operation by the police and the Army based on specific intelligence. Thus ended the case.