ISI Mark In The RAW 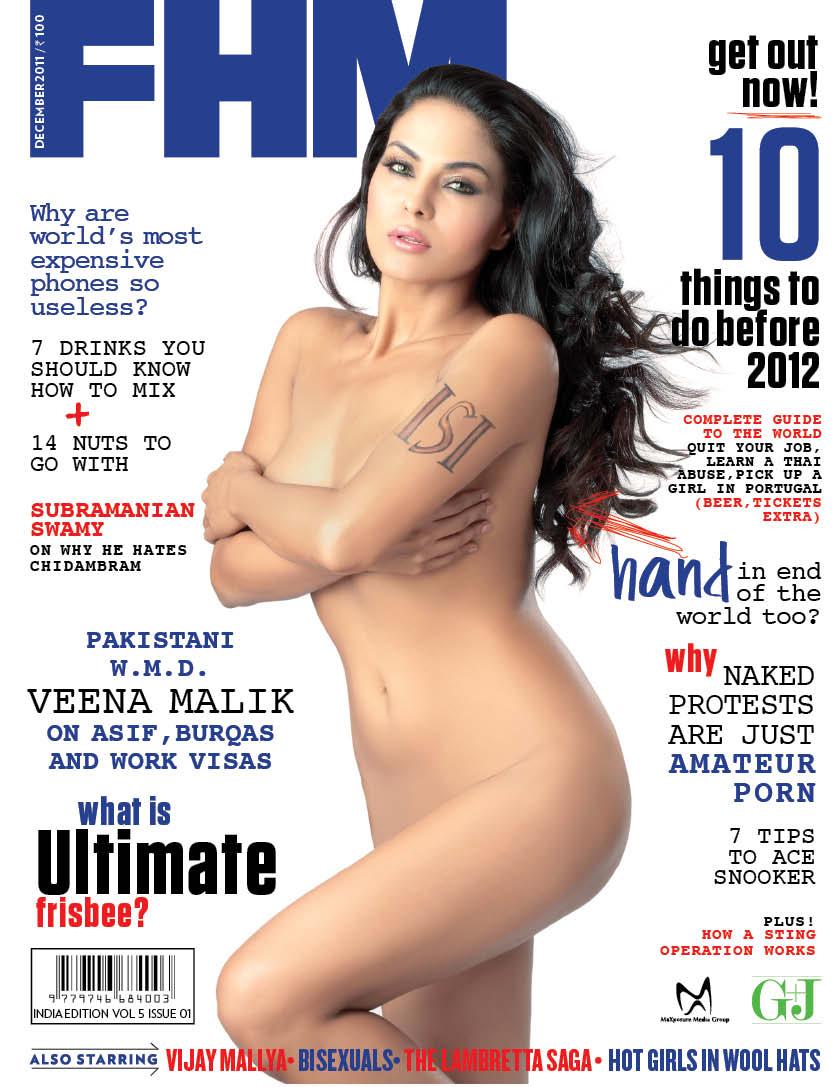 Veena Malik, who had earlier been dismissed as yet another Pakistani looking for cheap publicity when she appeared on reality show Big Boss, is no stranger to riling and taking on the self-appointed conservative, fundamentalist moral police in her country. Soon after the brutal murder of Punjab Governor Salmaan Taseer, she had appeared on Pakistan TV and bravely taken on Mufti Abdul Qavi with a bristling attack, in what was seen as a much-needed articulation of the liberal voice against the misogynist fundoos. And here she is again, all the rage on cyberspace today, with a tweet reporting:

@guy_in_london: @fhmindia website crashes after they put up a naked pic of Veena Malik. Don't think any website crashed after Lokpal draft was published

Ms. Malik claims she has never posed in the nude and the photo is morphed. But FHM India's editor insists that nothing had been doctored. "We have video footage of the shoot as well as emails from Veena about how she's looking forward to the cover," Kabeer Sharma told the BBC. "The idea to have ISI written on her arm was mine, and it was Veena's idea to have it in block letters," he added. 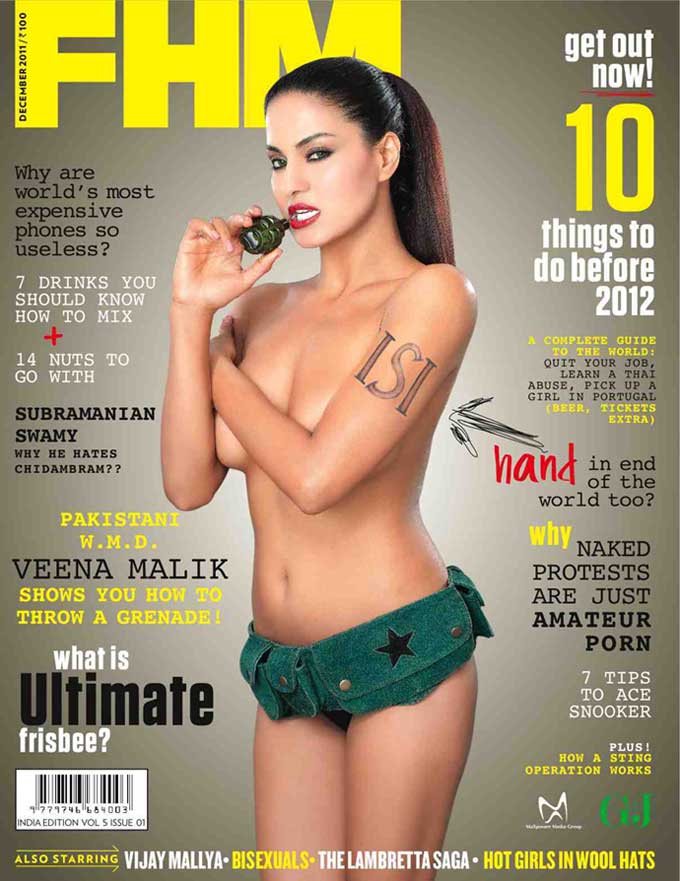 'What Of Those Mullahs Who Rape The Boys They Teach In Mosques?'