Intolerance In India Would Have Shocked Gandhiji: Obama

Intolerance In India Would Have Shocked Gandhiji: Obama 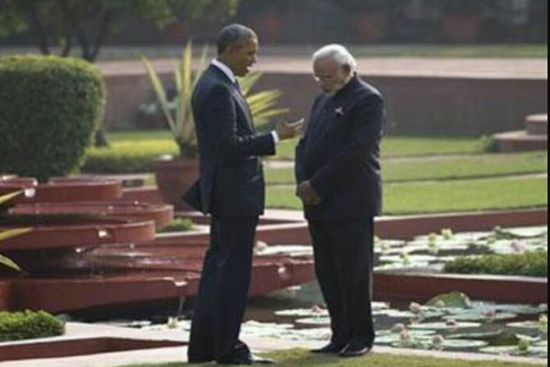 Few days after US President Barack Obama made a strong pitch for religious tolerance in India in his farewell speech at the Siri Fort, he invoked India and Gandhi again in his speech at the White House, at National Prayer Breakfast.

Michelle and I returned from India -- an incredible, beautiful country, full of magnificent diversity -- but a place where, in past years, religious faiths of all types have, on occasion, been targeted by other peoples of faith, simply due to their heritage and their beliefs -- acts of intolerance that would have shocked Gandhiji, the person who helped to liberate that nation.

The focal point of his speech was crimes in the name of religion.

He also mentioned the Peshawar school massacre, Charlie Hebdo killings, brutality of the ISIL, and also talked about the history of slavery in his own country.

In special reference to the Dalai Lama, Obama praised him for spreading the message of love.