According to internal tests conducted by the Indian Railways, big improvements in water quality have not been noticed in the last five years. 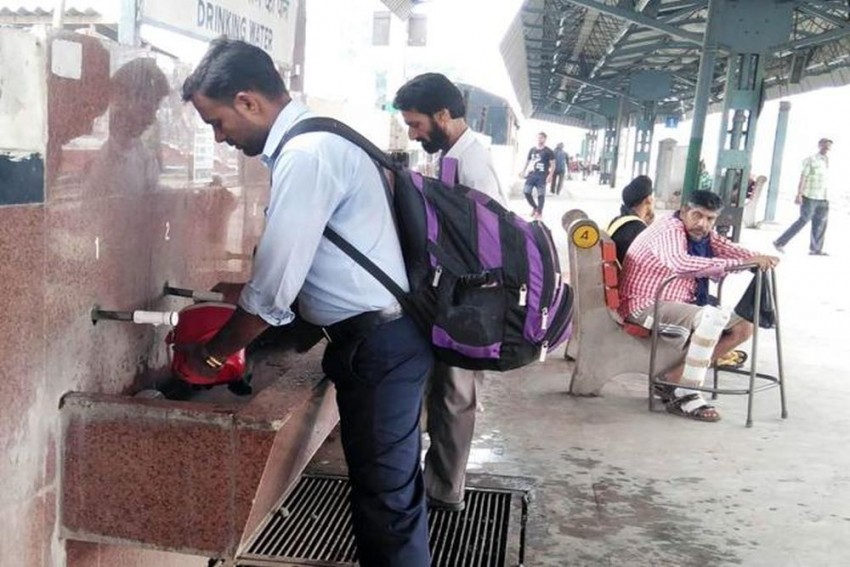 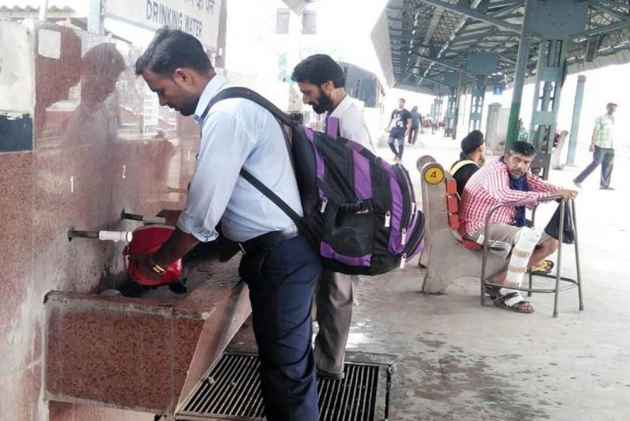 The Indian Railways is continuing to supply contaminated water unfit for human consumption at railway stations, train coaches and in railway colonies.

India’s state owned transporter has admitted as much in an affidavit filed in the Delhi High Court on Wednesday in response to a petition filed by the Centre for Public Interest Litigation (CPIL).

Water quality is determined through the presence of otherwise of what is called the Total Coliform Bacteria (TCB). If the TCB levels are found to be 10 per cent or above, further and advanced tests are mandatory to observe the presence of pathogens (advanced bacteria), in accordance to the guidelines stipulated in the National Water Quality Protocol of 2012.

According to internal tests conducted by the Indian Railways, big improvements in water quality have not been noticed in the last five years. In the Ferozpur division of the Northern Railways, for instance, the TCB level in 2012-13 was placed at 20 per cent, which witnessed a downward curve to 19 per cent over the next two years and reaching a low of 15 per cent in 2015-16, according to an official document. The next year, the TCB level rose to 20 per cent and was placed at 19 per cent for the period from April 2017 to February 2018.

While the Railways has failed to set up laboratories at the divisional or zonal levels to carry out advanced water quality tests, problems have been aggravated because – as the Railways have itself admitted - 275 of the total of 632 chlorination plants set up by the Indian Railways are dysfunctional. This means that mostly untreated water is being supplied at the railway platforms.

Majority of the 13 lakh strong workforce of the Indian Railways seem to be aware of the problem, as most houses in railway colonies are fitted with RO systems. The vulnerable sections are the 24 million passengers who travel on India’s rail network each day and are dependent on the water supplied at railway stations. There seems to be sound reason in the arguments made in court by the CPIL petitioners: That an independent committee of experts be set up to determine the exact nature of the problem and recommend an action plan for the Indian Railways to implement in a time-bound manner.

Return of the Black Beauties

The initiatives may well have been delayed by approximately three decades, but the important thing is that the Indian Railways have finally woken up to the need of preserving the WG or the Broad Gauge variants of steam locomotives that pulled the goods trains in the days of yore.

In pre-partition India and in the first few decades after India’s Independence, the steam locos – called the Black Beauties – mainly came in two categories: The WP or the Broad Gauge Passenger engines, apart from the WG locomotives.

As they were used to pull the glamorous trains of the pre-partition era such as the Frontier Mail or the Punjab Mail, most efforts at preserving the heritage locos have, in past years, centered on the WP engines. Until last week, not a single WG loco had been taken up for restoration or conservation.

The 10235 WG – built in 1955 at the Chittranjan Locomotive Works – has the dubious distinction of being the first goods steam engine to have been taken up for rehabilitation work at the Indian Railways steam shed at Rewari in Haryana.

In past decades, the WG variants have either been cut up or sold as scrap; or have been left to rust and decay. The 10235 had been lying unattended at the railway shed at Bhusawal; while the last of the WG locos to have been manufactured at the Chittranjan Locomotive Works in 1972 – called the “Antim Sitara” (Last Star) - has been lying in the open in the factory premises.

“The initiative at preserving the WG loco is significant, as only about half a dozen of the total number of 2000 WG locos have survived,” said J L Singh, who edits a heritage journal called “Rail Enthusiast”.

If rail passengers have been left hugely confused on account of frequent decisions to change names or codes of stations; the sad news is that the troubles on this count are likely to persist.

East-bound passengers are said to be given to lapses of forgetfulness that the Mughal Sarai station is now called the Deen Dayal Upadhyaya station. The Western Railways, the Eliphistone Road station has a new name (Prabhadevi station), while the Osiwara station has been rechristianed as the Ram Mandir station. The Sander’s Road station (in Central Railways) is also proposed to be renamed.

The BJP has lately seemed to be on a name changing spree for rail circuits, trains or stations. The iconic and 100+ year old Curzon Bridge at Allahabad – which is planned to be developed as a skywalk – is proposed to be renamed after a Hindutva ideologue. Earlier, the “Mahanama Express” – named after former Hindu Mahasabha President Madan Mohan Malaviya – was launched, while the “Antodaya Express” – in memory of Bharatiya Jana Sangha ideologue Deen Dayal Upadhyaya – was also started.

In 2016, the Indian Railways started a Preliminary Engineering and Traffic (PET) survey to lay a broad gauge line to connect the “Char Dhams” (four pilgrimage centers in Uttarakhand). From November, the Railways will also launch the “Ramayana Express” connecting sites relating to the mythology surrounding Lord Rama – one of the deities of the Hindu religion.