Vidyasagar’s bust perhaps did self-destruct at the current state of affairs! 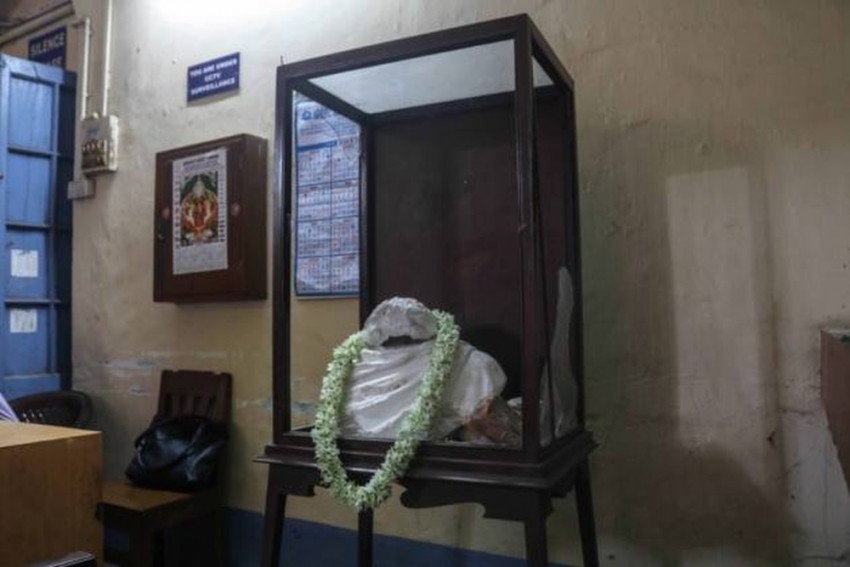 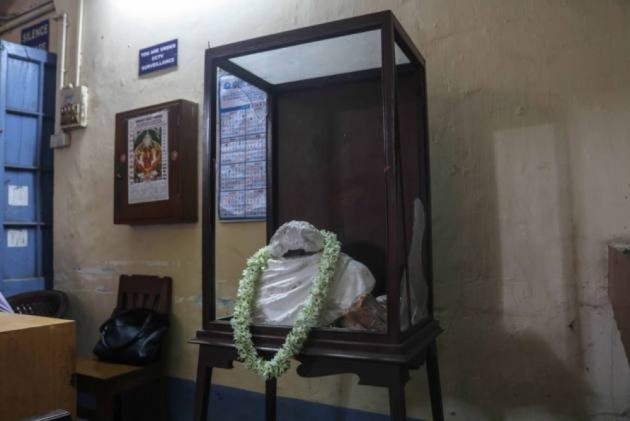 I heard no one broke it. Seeing the chaos Vidyasagar himself broke down. That was probably the final word on the statue affair as far as the WhatsApp circle was concerned, though I had accused a once Naxalite friend of mine of beheading the statue in his glory days. “In the year 1970,” he began and then kept quiet and let me continue my speculations. The original urban Naxalites, unlike the newer ones, tend to be discreet about their shards of history.

It has been a time of bad puns in Bengal among other things. Walking in the Lakes one morning I heard someone, male, declaim, “The lotus will bloom, the lotus will bloom,” in Bengali with great dramatic emphasis. Then a female voice broke in with shrill indignation, “Why don’t you go to Padmapukur? You’ll find lots there.” Padmapukur being a bustee with a poetic name and no lotus ponds anywhere. That comment too was followed by silence - though I did try to peer over the bushes to see who the speakers were.

The elderly ladies who coffee at the Bengal Club too were vocal in their own way. In between conversations about Neel who was helping out at a polo club and frequently ran into Willy and Charlie – that’s Prince William and his Dad for lesser mortals – was the irate comment, “How on earth can Rahul Gandhi call Modi a chowkidar? That is very rude!” I sipped my shandy and wondered whether I should tiptoe over and clarify the matter but then decided that discretion was the better part of valour. In any case, the conversation went on to demand who the BJP candidate for South Kolkata was and I realized that Netaji’s family hadn’t been doing its political PR properly in the clubs. Amit Bhai and Narendra Bhai might have found that conversation equally interesting.

I was reminded of an intellectually inclined corporate wife I knew who had gone to vote and forgotten her candidate’s symbol. Ultimately she had appealed to the people manning the booth for help. They had hinted her to the right symbol through various choices of flowers and farm implements – putting a different spin on booth capturing altogether.

The atmosphere was infectious. I was inspired to march forth to protest the banning of the movie Bhobyshoter Bhoot. It was my first michil and was swarming with venerable members of the Tollywood fraternity. We were handed masks and banners and set out chanting ‘Inquilab Zindabad’ and singing ‘We shall Overcome’ with some black-robed ‘ghosts’ gibbering and cavorting at the head of the column. Somewhere on that march I hooked a diamond earring in my mask string and lost it which sounds as ditzy as MoonMoon Sen arriving late for a rally she was chairing because she hadn’t been given her bed tea!

We’ve learned about cloud cover and the fact that if Rafale delivers during the monsoons we will never see them coming, cyclones being chased away by a jharu brandishing CM, relearnt history and tiptoed around diets. Who knows what else we have left to learn? As to Vidyasagar’s bust perhaps he really did self-destruct at the current state of affairs!