With the Assembly elections likely to be held along with the parliamentary polls, how Omar deals with the Congress and independent leaders will be keenly watched. 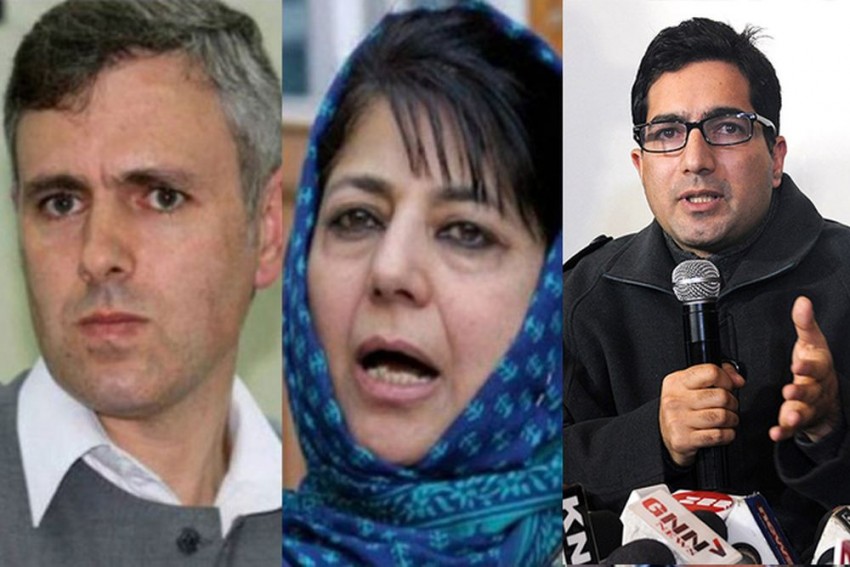 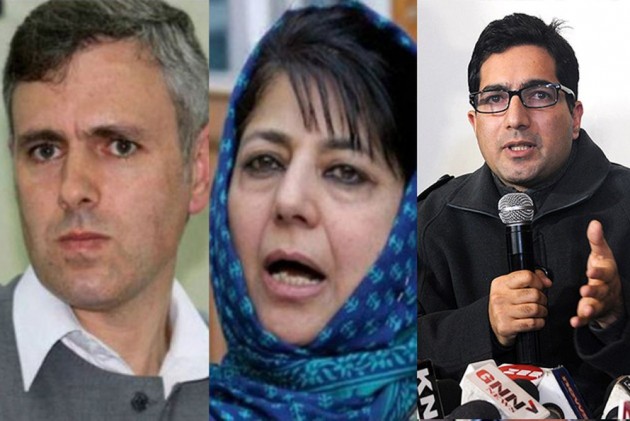 In 2014, PDP emerged as the single largest party in Jammu and Kashmir. Mehbooba then claimed her party has presence in each and every region of the State. It seemed the state would have two strong regional parties, the National Conference and PDP, for long. However, after the break-up with BJP in June last year, PDP failed to deal with internal chaos. Within six months, Haseeb Drabu, Imran Raza Ansari and Abbas Wani quit the party. Senior leader Altaf Bukhari has been expelled. The PDP has now become Mehbooba Mufti and Mehbooba Mufti is PDP.

Mehbooba has started playing the Muslim card once again. She is hitting out at BJP leaving no stone unturned. Her latest outburst against BJP is that the saffron party is suppressing Muslims in the Jammu region. She tweeted recently: "Aurangzeb esp has been demonised & projected as a mass murderer. Few know that despite being a king, he was a pious man who inscribed the Quran. He even wrote poetry in which he implored for blessings of Vishnu Brahma and Mahesh on his accession.”

However, some political leaders say the regional parties no longer matter in Jammu and Kashmir. They say it is time for individual leaders with stronghold in their constituencies. If they win, they may come up with a new party and form the government. There are speculations that Altaf Bukhari with huge financial muscle may come up with a new front. Sajad Lone could be another player.

This argument gained currency after Shah Faesal, the IAS topper who resigned from services to join politics, preferred not to join any political party. He was widely believed to join the National Conference. He cited the strong resentment against mainstream political parties as a reason for not joining any party. “I had never imagined that my small act of defiance to highlight political deadlock in Jammu and Kashmir would evoke such a response across the world,” he wrote on Facebook, adding: “My idea is to seek help from the people of India, build alliances with the Indian civil society and intellectual class to humanize the narrative around Kashmir conflict so that lasting peace can be achieved in J&K State.”

Omar Abdullah's National Conference has to show that it is an alternative to individual leaders, third fronts and smaller parties. It has also to answer what stops the likes of Shah Faseal to join the party.

Omar, while addressing a function in Jammu recently, called himself a changed man. He said he is no longer young, and called upon older leaders to pave way for youngsters. While addressing the party workers, he presented the 'Mission 45' plan and said absolute majority is only the alternative to politics of permutations and combinations. He said secular polity is the pride of National Conference. Farooq Abdullah, his father, now-a-days sings bhajans on TV channel. Even news channels ask him to sing a bhajan instead of asking his views on different political matters.

In the same gathering where Omar explained his party's political goals, his Jammu provincial chief Davinder Singh Rana promised three lakh jobs to NC workers. This comes at a time when everyone knows there are no government jobs in the State. It shows the party has nothing new to offer except government job sop. In fact, Naya Kashmir document of Sheikh Mohammad Abdullah, which author Andrew Whitehead says was copied by communist leader B.P.L Bedi from Stalin’s communist manifesto, is far progressive in its outlook than speeches of some NC’s present leaders including Rana.

Once a PDP leader in his address in the presence of Mehbooba Mufti when the latter was Chief Minister said that only eligibility for government services should be one being a PDP worker. The PDP did it by example by recruiting its workers in banks and village boards. Some NC leaders like Rana are waiting to repeat it. The NC has to see whether “slogan of government job to NC workers” will cut the ice with the youths at a time when IAS officer Shah Faesal has left his job to join politics.

Omar Abdullah has an uphill task ahead. Some independent leaders have done good developmental works in their areas. They have provided government jobs to even ineligible candidates from their constituencies! It won’t be easy to oust them. There is also the south Kashmir challenge. At the same time, a resurgent Congress would be another challenge to Omar’s mission-45. When in 2014 Amit Shah had pledged Congress-mukt Bharat, Congress party won 12 seats in the Kashmir valley despite the Modi wave. The NC got only 15 seats.

With the Assembly elections likely to be held along with the parliamentary polls, how Omar deals with the Congress and independent leaders will be keenly watched. And given voting pattern in Kashmir, where unlike Jammu people in 2014 voted for different parties, mission 45 of NC looks like a distant dream.