With both major Opposition parties in disarray and the coming together of BJD discards proving to be a non-starter, the only thing that can upset the BJD applecart is dissidence within the party. 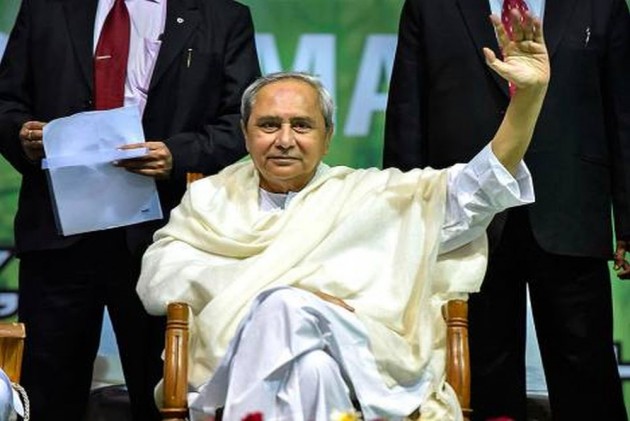 The fence-jumping season got underway in Odisha in right earnest on Wednesday. Congress State Working President and Jharsuguda MLA Naba Das ushered in the new season, such an integral part of the build-up to every election, by quitting the Congress and announcing that he is joining the Biju Janata Dal (BJD). The Jharsuguda strongman is all set to join the ruling party during the visit of Chief Minister and BJD supremo Naveen Patnaik to the industrial town on January 24. Das’ announcement brought to end months of speculation that began when he met Naveen with his whole family during the latter’s last visit to Jharsuguda.

That the departure of Das, a two-time MLA from Jharsuguda who has been in the Congress since his student days, is a huge loss for the party can hardly be over-emphasised. He had won from Jharsuguda twice in succession – in 2009 and 2014 – when the BJD was sweeping the rest of the state. Under his leadership, the Congress had bucked the trend and managed to win as many as eight out of the nine zilla parishad seats in the district, leaving the ninth for BJP and forcing the all-conquering BJD to draw a blank.

On the other hand, it is a huge shot in the arm for the ruling party, which has failed to do as well in western and southern Odisha as it has done in coastal Odisha in past elections and has, therefore, been on the lookout for credible leaders with a mass base in other parties to win the battle for it in its ‘weak’ ground this time. The ruling party believes he can make a difference to the BJD’s fortunes not just in his own constituency but the whole of western Odisha since his influence goes well beyond Jharsuguda.

While Das certainly is a ‘prime catch’, he is not the only one the ruling party is eying. The utterances of Jogesh Singh, the Congress MLA from the neighbouring Sundargarh constituency, over the last two-three days leave little room for doubt that he is all set to follow Das into the BJD. A couple of other Congress names, prominent among them Salepur MLA Prakash Behera and Talsara MLA Dr Prafulla Majhi, are also doing the round as prospective BJD recruits. There is no doubt that these desertions, if they come about, will be a massive setback for the Congress at a time when it is trying hard to revive the moribund party organisation under the leadership of new PCC president Niranjan Patnaik.

There have been no desertions from the BJP, the other major Opposition party in the state, so far. But the possibility of some disgruntled leaders of the saffron party, unhappy with the decision of the top leadership to humour Naveen Patnaik instead of taking him head-on, jumping the fence in the days ahead cannot be ruled out.

But this ‘problem of plenty’ could create a problem of its own for the BJD too. Existing leaders of the party are unlikely to take kindly to these imports from outside. They can be trusted to make life difficult for the new entrants if ignored during the distribution of tickets. With 5-7 ticket aspirants in every Assembly constituency, it will be a tough task for the BJD supremo to ensure that dissidence remains under manageable limits and doesn’t affect the electoral prospects of the party.

The grapevine has it that based on the feedback he has received from multiple sources, Naveen is all set to replace existing party candidates in at least 60 of the 147 Assembly seats. If this turns out to be true, it will create another ground for dissidence. Naveen may seek to contain dissidence by replacing some sitting MLAs with someone from their family. But this may not be possible everywhere.

Meanwhile, talk of a party to be formed by erstwhile members of the ‘Biju Parivar’ is going nowhere. After launching his own party following his expulsion from the BJD, Dr Damodar Rout surprised everyone by saying on Wednesday that he doesn’t have a party of his own! Having quit the BJP after years of being isolated in the party, senior leaders Bijoy Mohapatra and Dilip Ray are yet to take a call on where they would go. Speculation that they might return to their erstwhile party (BJD) has now died down ostensibly due to the alleged reluctance of Naveen to take in Mohapatra, his bête noire. Former Union minister Braja Tripathy has given no indication of what his plans are while former State Finance minister Panchanan Kanungo is reportedly toying with the idea of joining the Congress. On his part, Jay Panda, after months of speculation that he would join the BJP after quitting the BJD in June, is singing a different tune these days. He is now talking of forming a new regional party with all old associates of Biju Patnaik. But there is nothing on the ground to suggest any progress is being made on that front.

With both major Opposition parties in disarray and the coming together of BJD discards proving to be a non-starter, the only thing that can upset the BJD applecart is dissidence within the party. Naveen would need to summon all his political skill and cunning to keep it under check as he braces for an unprecedented fifth successive term as Chief Minister.