BJP Prefers Congress' Path In Kashmir Instead Of Vajpayee's

There is a perception in Kashmir that the state was denied fair elections from 1953 till 1977. It is widely believed that in 1977, under PM Morarji Desai, a truly fair election was held in the State leading to the landslide victory of Sheikh Mohammad Abdullah. 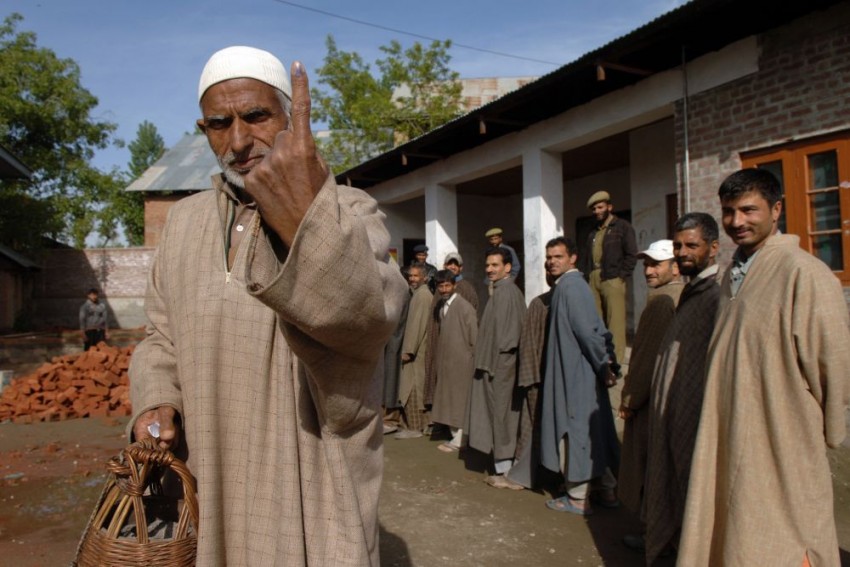 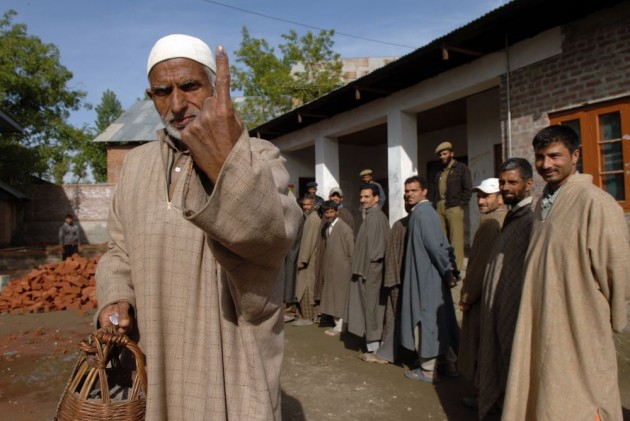 Instead of holding the Assembly elections, the government has started a crackdown in Kashmir against separatists and Jamaat-e-Islami. The government argues that the security situation is not good enough to conduct Assembly elections in the state, but it is fine for the Parliamentary polls. The intent of the Bharatiya Janata Party (BJP) is clear -- that it wants to rule the State from Delhi, that too with an iron fist. Some of the BJP leaders are saying that Indianness should be instilled in Kashmiris first.

Has not Kashmir seen all this? Ask anyone who has seen the 1990s of Kashmir and he would tell you what it was like. Foreign journalists, who have covered Kashmir in the 1990s, would tell you that an average Kashmiri was fearful and terrified in 1990s. The Border Security Force (BSF) would herd hundreds of people living in several villages together and converge them in an open field and keep them there for days together in those infamous crackdowns and no one would even protest.

In 2019, the forces would advise the government against doing it as they need an army to control the population of several villages. In the highly militarised atmosphere, the fear has evaporated. The militarised means of dealing with everything in Kashmir has also changed the outlook of the population towards the armed forces. They are seen like any other force, always omnipresent, setting in fatigue in place of fear that was there earlier.

It was the BJP that first realised that there needs to be a political outreach in Kashmir. Remember, in 2004, the Hurriyat Conference, led by Mirwaiz Umar Farooq, entered into a dialogue directly with New Delhi and held talks with the then Deputy Prime Minister, L K Advani. The Hurriyat leaders also met the then Prime Minister Atal Bihari Vajpayee. Today, Mirwaiz's security has been withdrawn and he is being summoned by the National Investigation Agency (NIA).

In a preface of the book, 'Indian Army, Vision 2020', written by Brigadier Gurmeet Kanwal, former Army Chief General V P Malik insists that the armed forces have done their job in Kashmir by bringing down the militancy and now there should be political outreach. Even in 2017, Gen Malik is quoted as saying, "Conflict resolution has to be done at the political level. It's not right to place the complete burden on either the Army or the CRPF. If the Army is expected to resolve the Kashmir issue single-handedly, it cannot be done. A political solution is a final solution.”

The attempts to resolve Kashmir politically were abandoned over the years, especially during the Congress-led UPA regime. In the UPA times, Kashmir saw two mass scale civilian protests and Kashmiris also witnessed the brutal response of the State towards them in 2008 and 2010. In 2016, the coalition government of the BJP and the People's Democratic Party (PDP) added pellets into the already lethal arsenal of security forces in the state, blinding hundreds of youngsters while dealing with mass protests as the then Chief Minister Mehbooba Mufti justified mass blinding and killings.

The PDP-BJP government had started on a promising note in 2015 as the Agenda of Alliance (AoA) of the two parties pledged a status quo on the special status of the State. The AoA also talked about holding talks with Hurriyat and withdrawal of the Disturbed Areas Act that gives teeth to the Armed Forces Special Powers Act (AFSPA) in the state. The PDP-BJP government fell in June last year and since then there is Governor’s rule in the state. Many in the BJP seriously presumed that during the Governor’s rule, through the presidential orders, they can fiddle with the special status of the state. However, so far, they have had to contend with disappointment.

The BJP and Rashtriya Swayamsevak Sangh (RSS) have this perception that the Kashmir problem exists due to the alleged appeasement policy of the Congress towards the Kashmiris. But it was the Congress party that removed the title of Sadr-i-Riyasat and the prime minister from the Governor and the Chief Minister of the State respectively in the 1960s. The jurisdiction of the Election Commission of India and the Supreme Court was extended to the State during Congress rule. Not only this, 42 Constitution Application Orders were also extended to the State applying hundreds of provisions of the Constitution of India to Jammu and Kashmir during 1953 to 1986. The special status remains confined to Article 35A now. Article 35A is not any exclusive benevolence to the state. The domicile laws that prohibit purchase of land by outsiders exist in the North Eastern states and Himachal Pradesh also.

All those in the BJP who accuse the first Prime Minister Jawaharlal Nehru as being soft on Kashmir should relook at the history of Kashmir. On August 9, 1953, Nehru was the Prime Minister when the then Prime Minister of Jammu and Kashmir Sheikh Mohammad Abdullah was arrested. For the next two decades, Sheikh remained in jail. Perry Anderson quotes in his book 'The Indian Ideology' that when a well-wisher from Jammu asked Nehru to restore political freedom to Kashmir, Nehru replied, “we have gambled at the international stage on Kashmir, we cannot afford to lose it. At the moment, we are there at the point of the bayonet. Till things improve, democracy and morality can wait.”

Democracy and morality are waiting in Kashmir ever since.

There is this perception in Kashmir that the state was denied fair elections between 1953 and 1977. It is widely believed that in 1977, under Prime Minister Morarji Desai, a truly fair election was held in the State leading to the landslide victory of Sheikh Mohammad Abdullah. Later in 2002, the PDP would give credit to Vajpayee for holding fairest elections while accusing the Congress and NC of pushing the state towards militancy and mass uprising by rigging the 1987 elections.

But now the BJP-led NDA government has gone further and denied Kashmiris their legitimate right to elect a popular government in the state.