Living With Panic And Unknown Future In Kashmir

Kashmiris, who have seen the prolonged conflict for the past 30 years, felt that the Centre was conducting some psychological experiment on them. 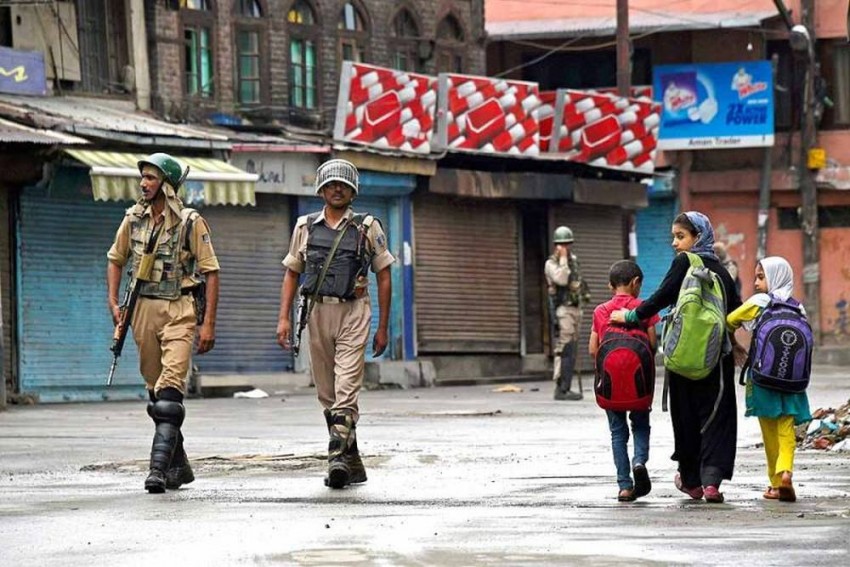 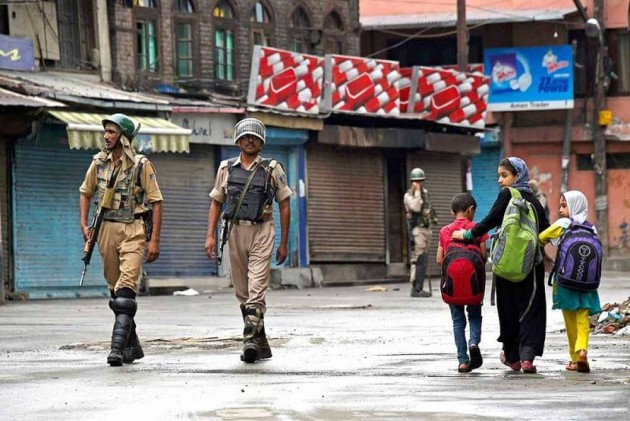 For the past two weeks, Kashmir Valley has been under intense panic. Every Kashmiri feels it. It is in the air. It all started with the government order sending 100 companies of the BSF and the ITBP, and ordering replacement of the Central Reserve Police Force (CRPF) with the BSF and ITBP at some places in Srinagar for static guard duties.

The Centre issues such orders usually during the election period. It would deploy at least 400 companies. But the way the electronic media played up the deployment of 100 companies (10,000 personnel), people thought the government is going to do something “dangerous”. However, no one knew what the government was up to after the February 14 Pulwama attack that left 40 CRPF personnel dead in a suicide attack.

The second order that the government issued was about stocking up of food items and asking petrol pumps to distribute petrol rationally. The hospitals were asked to store drugs. The Consumer Affairs Department was asked to distribute the ration even on Sunday.

All this fuelled a crisis, and everyone, including former Chief Ministers Omar Abdullah and Mehbooba Mufti, were asking the government why these measures are being taken. Even former Union Minister Dr. Farooq Abdullah called on Union Home Minister Rajnath Singh and conveyed that these orders have created unprecedented panic in the Valley. It was expected that the Home Minister would issue a statement but he didn’t.

Everyone in Srinagar rushed to the grocery shops to buy food items in bulk, presuming that either Kashmir would be subjected to prolonged crackdown till the Parliamentary elections conclude or there would be a war between India and Pakistan. Within a day petrol pumps ran dry. Petrol shortage continues to this day in the Valley.

If this was not enough, the Police asked the armed wings to be prepared and the hospitals were asked to cancel leave of all emergency surgical staff. The crisis deepened. The Divisional Commissioner office and the Deputy Commissioner were to shift to a local hotel in the high security Gupkhar area of Srinagar. Rumours spread in Srinagar that something is going to happen. It was also assumed that the government would be scrapping Article 35A that would lead to unprecedented protests. Mainstream political parties warned the Centre against any such move. There was a rumour in the city that the officials were asked to take important files home. (Article 35A gives the J&K Legislature the right to decide who are ‘permanent residents’ of the State).

At the same time, over 600 Jamaat-e-Islami activists and separatist leaders were arrested. They were taken into custody last week during midnight and since then the arrests have continued.

The National Investigation Agency (NIA) too jumped in and started raiding the houses of separatists and others. The BJP leaders and the party’s cheerleaders on social media started shouting that this is the time to scrap Article 370 (granting special status to J&K).

Kashmiris, who have seen the prolonged conflict for the past 30 years, felt that the Centre was conducting some psychological experiment on them. Some people, exasperated by the government orders and its silence over such strange orders, felt that people of Kashmir are being treated as rat labs.

Everyone was tense, anxious, worried. People would call each other to give assurances that nothing is going to happen, but no one knew anything. Leave everything to fate, some said. What has to happen will happen. Some said we have seen death and destruction for the past 30 years and what worse can come to us. Even if it is war between India and Pakistan, let it be.

But the Indian Air Force raids across the LoC at Balakot in Khyber Pakhtunkhwa and the counter offensive by the Pakistani Air Force in Rajouri have somehow justified the orders from the government.

Now with the IAF planes hovering overhead and an India-Pakistan war looking a likely possibility, the social media timeline of Kashmiris, which was all about panic for the past two weeks, is asking for de-escalation of bilateral tensions and dialogue. The constant roaring of the IAF jets, the painting roof tops of hospitals with the Red Cross send out a message that the war would be fought in Kashmir. And its cost would be unimaginable. That is why the appeal for de-escalation is coming from here. From all.