The “Jai Shri Ram” call may yet not have killed as many as those who fell prey to “Allahu Akbar,” but that time doesn’t seem to be too far. 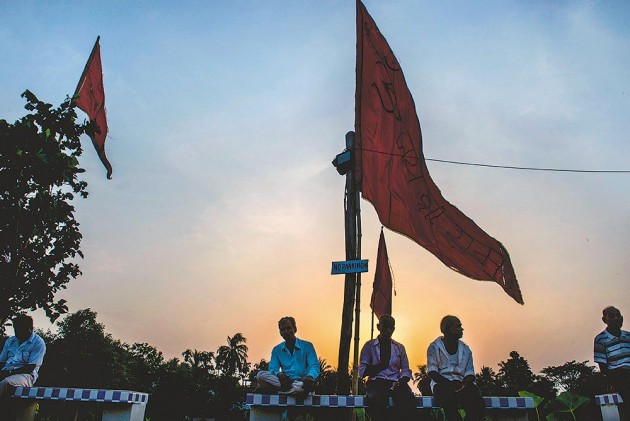 Twenty-four-year-old Shams Tabrez Ansari was on June 18 caught by an angry mob on the suspicion of stealing a motorcycle. What ensued was a mirror-image of something India has witnessed before; more so in the past five years.

Ansari—bruised, his lips bloodied— was tied to a poll and brutally thrashed for hours. Surrounded by a mob, baying for his blood, he was dragooned into chanting “Jai Shri Ram” and “Jai Hanuman.” But neither of the two was going to come to his rescue on that fateful day. Four days later, Ansari succumbed to his injuries at a hospital in Saraikela Kharsawan, Jharkhand.

Ansari’s killing was not a one-off incident. There have been umpteen such incidents now to just gloss over and wait for the situation to improve, on its own. The obsession of right-wing miscreants to get a Muslim to chant “Jai Sri Ram” has now peaked in India.

Earlier this week in West Bengal, three Muslim men were pushed off a moving train by a group of people who wanted them to say the same three words. One of the victims said he wanted to utter “Jai Shri Ram” to save himself, but they wouldn’t let him. These men carry a clear motive, that of assault, no matter what.

However, one would be grossly mistaken to consider this brutality as a first in the name of God. Violence has reared its ugly head before, and the perpetrators uttered “Allahu Akbar” before embarking on their way to an “imaginary paradise” through the destruction of humanity.

Those two words, meaning “God is great”, with time, became dreadful and epitomised just one thing: “violence.” It’s not that the Muslim community didn’t distance itself from these attacks or condoned them. It’s just that it took them a while to register that their call to “greatness of God” had been hijacked by a tiny minority from among themselves. And before they could find a way to prove their “innocence”, media and films had already started profiling them, calling them names and questioning their allegiance to their respective nations.

"Hail Lord Rama" is what “Jai Shri Ram” means. The “Jai Shri Ram” call may yet not have killed as many as those who fell prey to “Allahu Akbar,” but that time doesn’t seem to be too far.

When our parliamentarians garland lynching convicts in broad daylight, it’s a hint to other potential extremists that they are safe and can get away by doing anything.

When our MPs assure them of financial and legal help and accept it on TV, they embolden such elements to run riot and rest will be taken care of. When the police charge a lynching-victim with charges of “cow-smuggling” before arresting those who tried to take law and order into their hands, it’s all but proven that the system is failing a community and encouraging miscreants from another to continue their “adventure”.

When our legislators lead rallies in support of alleged rapists and murderers of an 8-year-old child, they don’t protect the interest of any community. They guard their own electoral interests.

We are slowly entering a time when the “Jai Shri Ram” chant has started eliciting fear, particularly among the minorities, for it is in the process of being hijacked by a tiny minority of a largely peace-loving Hindu community.

Go back to the disturbing video of Ansari to see how Hindutva extremists used it as a tool to assert their identity and motive. But don’t forget to look at Ansari’s face. It appears he could see that his end was near. And it won’t take too long to enter a stage wherein irreparable damage will have been done to “Hail Lord Rama.”

If not resisted today, that time is not far when the world will seek answers of the entire Hindu community. The same media, particularly TV, that warn you against an unfounded enemy which, according to them, is coming for you, will wash their hands off the matter for their own sustenance.

Holy scriptures will be called into question, contentious verses will be cherry-picked to target an entire community and its commitment to human values. The men and women will be caricatured and stereotyped beyond limits.

It has happened once, and maybe, we were ignorant then but not anymore. We can see it happening again, and yet we choose to keep quiet because it doesn’t affect us directly. Your socio-political and, for some, financial capital, won’t guard you for long. Don’t forget a vast majority of those killed by Islamist extremism have been Muslims.

So, they may not be coming for you today but their actions will have a long-lasting effect on all of us. It’s not a battle to prove a “God’s greatness” over another. It’s about protecting one from what another has come to symbolise.