Kashmir had no press club. It was only in 2018 that the government allotted space at the Residency Road Srinagar for the Press Club. 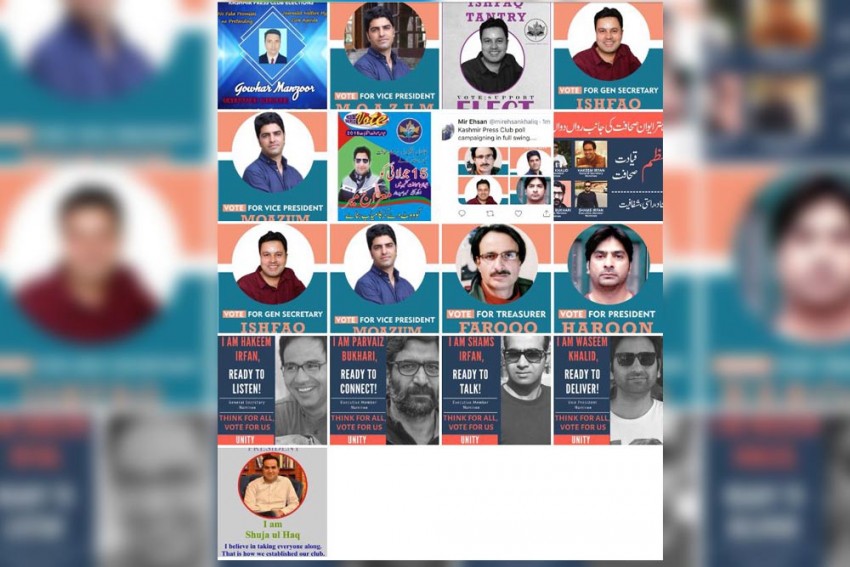 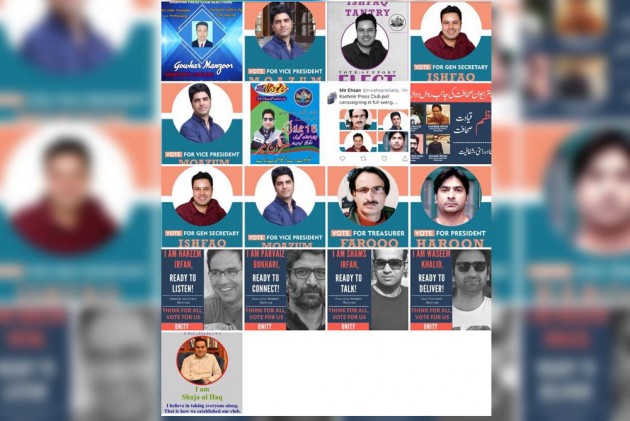 The Jammu and Kashmir government has stopped giving advertisements to some Valley-based newspapers and the reporters have been the first and direct casualty of this decision. Even during prolonged strikes called by separatists, a number of journalists reporting stories from the ground lost their jobs.

If this fear of losing a job wasn't enough, the National Investigative Agency (NIA) has also had reporters worried. Recently, an editor of the largest circulating paper was questioned for over a week. Such is the fear that there was not even a murmur from Srinagar-based journalists. Over the past few years, photojournalists and reporters have been called to Delhi for questioning.

Earlier this month, the police arrested the editor of a local newspaper in a late night raid. He was accused of being absconding for the past 30 years. In the past 30 years, he has attended scores of press conferences for which he was invited by the police and the government.

He had been given a no-objection certificate by the police at least twice, and yet, according to the case, 30 years ago, he had published a newspaper despite the government's ban.

In Kashmir, things don't change with time. While 30 years ago, the government had banned the publication of a newspaper, today it has banned, that too verbally, advertisements to choke the papers. The papers, then, choke reporters.

But in these trying times, there is something to cheer about for in the Valley -- the ongoing campaign for Kashmir Press Club elections, voting for which will take place on July 15. Kashmir had no Press Club till now. It was only in 2018 that the government allotted space at the Residency Road Srinagar for the Press Club.

Journalists would, otherwise, meet at press conferences only. Now, at the new place to sit and talk, geopolitical issues and their implications on Kashmir are discussed.

Since it's election time, posters are being distributed, candidates have promising manifestoes and each one of them promises to make the club a better place for journalists. Some say they will fight for the dignity of journalists and provide them housing facilities, others have modest goals such as turning the press club into an intellectual space to facilitate the exchange of ideas and provide a good canteen. The only thing missing in these polls: no woman journalist is contesting.

For a person in Kashmir, who chose journalism as his career, the problem is complex. Once you lose the job, you don’t find another one for years.

However, journalists hope for a change with these elections. A senior journalist, who is contesting the polls, says a reporter called him and said once you are elected, we won't be beaten up by anyone. See our fears and see our hopes. A few months ago, pellets were fired upon photojournalists when they were on duty. A young reporter was recently thrashed by the police just because the officer didn’t like his attire. The reporter had not buttoned his shirt fully and the officer objected to it.

Lavrentiy Beria, head of comrade Joseph Stalin's secret police, said, “Show me the man, and I'll show you the crime.” Here, crime can be an unbuttoned shirt of a reporter or an editor -- editing his newspaper for the past 30 years -- an "absconder". People also beat up reporters, at times. Their excuse: journalists are agents of the government.

These days, at the Press Club, editors bodies meet and discuss issues like ban on advertisements. Reporters discuss how to stop owners from removing them and others from beating them.

Candidates' promises of a clean, hygienic and relatively cheap canteen and regular dose of lecturers from different field experts at the press club are most needed. Regular training workshops would help us a great deal.

And if all of this happens it will do a lot of good to our pockets and minds. Candidates' manifestos for Kashmir Press Club elections show how journalists in the Valley are concerned about issues that matter and are determined to fight for the rights of journalists.  We yearn for a decent space to sit and share ideas and have someone who protects us if or when someone lays hands on our unbuttoned shirt.