Conspicuously absent from Kamal Haasan and Rajinikanth, has been the political acumen needed to make this transition from the predictable world of cinema to the rough and tumble of politics. 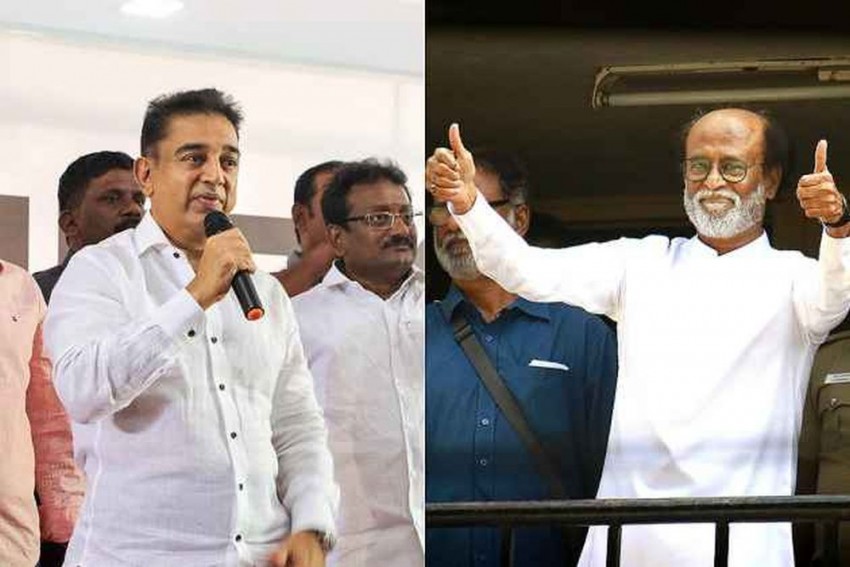 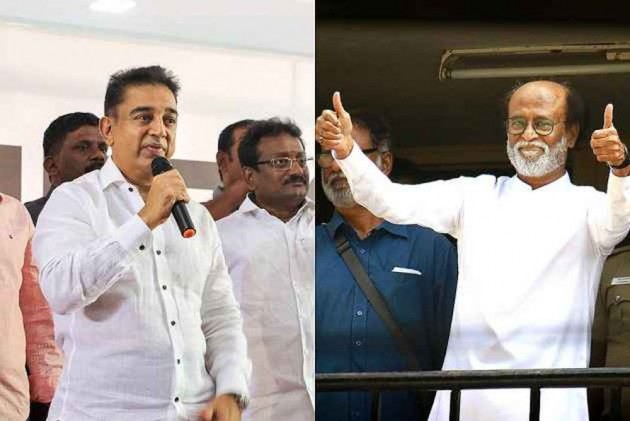 December 24 was the death anniversary of MGR – the country’s first actor-turned-Chief Minister. He proved to India and the world that actors can also be successful politicians. NTR followed his footsteps and Jayalalithaa literally stepped into his vacant shoes.

The success of MGR and Jayalalithaa spawned a spate of actors-turned-politicians in Tamil Nadu – T. Rajender, K. Bhagyaraj, Karthik, Sharath Kumar and Vijayakanth. Only Vjayakanth made a mark, first as the lone MLA of his party in 2006, and later as the leader of opposition in 2011, as an ally of the AIADMK. He fell out with Jayalalitha after a petty showdown in the Assembly. His experiment as the head of a third front in 2016 proved a disaster and ill health has confined him to the sidelines.

The demise of Jayalalithaa and Karunanidhi encouraged new players from the cine field – Kamal Haasan and Rajinikanth - to throw their hats in the political ring. Haasan launched his own party Makkal Needhi Mayiyam while Rajinikanth’s party is still in a state of gestation even after one year. The two are yet to make any mark in the political arena barring a few confused and contradictory observations when confronted by the media. Conspicuously absent has been the political acumen needed to make this transition from the predictable world of cinema to the rough and tumble of politics.

So, when Haasan shared the stage with Union Textiles Minister Smriti Irani to discuss the narrative of 2019 elections, many expected him to hold his fort against Irani’s flamboyance. Instead, it appeared as if the Tamil hero had misplaced his dialogues. He stumbled and was unable to build a coherent argument. Soon, social media was flooded with memes comparing him with a nervous interviewee facing tough questions during a job interview.

When a question about playing national anthem in cinema halls was raised, Haasan said he only felt goosebumps when the anthem was played when he had received Padma awards. Irani immediately said that national anthem was one unifying factor across the country and was not confined to any single context or event. Even when he raised the issue of Tuticorin firing, he was fishing for facts and statistics.

Irani, who also started her journey as a television actor, appeared confident, neatly deflecting the flak directed at her and the BJP. While Irani showed that she had evolved as a politician Kamal, Haasan looked like a novice in politics. His smart Alec repartees and playing with words in Tamil have fetched him brownie points back in Tamil Nadu even when there was little clarity in the overall picture of his politics. But on the national stage and against a feistier opponent, he stood badly exposed.

Even while making political statements back home Kamal had been found wanting. He first met Rahul Gandhi and hinted at joining hands with the Congress if it unhitched the DMK for the Lok Sabha elections. But when Stalin proposed Rahul as PM in waiting Kamal was quietly dumped. He hoped to form a separate front with the Left parties, but they too have jumped on to the DMK bandwagon. Now Kamal says he will form his own front with like-minded parties and is waiting for someone to respond to his invitation. Apparently, he is clueless about his next move for the Lok Sabha elections.

Rajinikanth meanwhile has been compelled to issue clarifications whenever he has held a press meet having blurted out an inappropriate phrase or taken a stand that sent out the wrong message. He too has discovered that impromptu responses to the media are tougher than acting out a written script. For example one day he said that if the opposition parties considered the BJP a dangerous party then it was so. Next day he clarified that his words had been misunderstood and observed that when ten parties get together to oppose one party, then the latter was obviously stronger. Specifically asked if he meant Modi was stronger, he said if so many parties were opposing him then he obviously has to be stronger.

Rajinikanth, while announcing his political entry on Dec 31 2017, said he wanted to contest all the 234 Assembly seats in Tamil Nadu. But the next Assembly elections are due only in 2021 and before that, the country’s general elections will be upon us in the summer of 2019. And yet Rajinikanth has not indicated if he would be contesting the Lok Sabha elections or not. The superstar has not realised that elections are not like questions in an exam paper that can be left out on choice. And that an active politician has to prove his mettle repeatedly. He would also take cover behind the convenient reply that since he was yet to launch his political party he could not comment on some issues.

Both Kamal and Rajini have been unable to tackle the element of surprise the unscripted interactions with the media throw up. Old-timers recall that even MGR in his initial days as the leader of the AIADMK was at sixes and seven when articulating his political stand, but thanks to a good set of advisors he learnt the ropes quickly. In fact, he could take on the much sharper and shrewder Karunanidhi in one-on-one debates in the Assembly as Chief Minister.

Kamal and Rajini have to realise that the nuanced rejoinder of a Karunanidhi or MGR or at least an in-the-face retort of a Jayalalithaa can happen only when they shed their acting costumes and become serious full-time politicians. And also surround themselves with politically savvy advisors. Till then the two stars may look more like comedians than heroes!

Lesson For Govts: To Prosper India, Stay Out Of Individual's Way