Over the years, security agencies have improvised on the counter-insurgency lexicon in the Kashmir valley 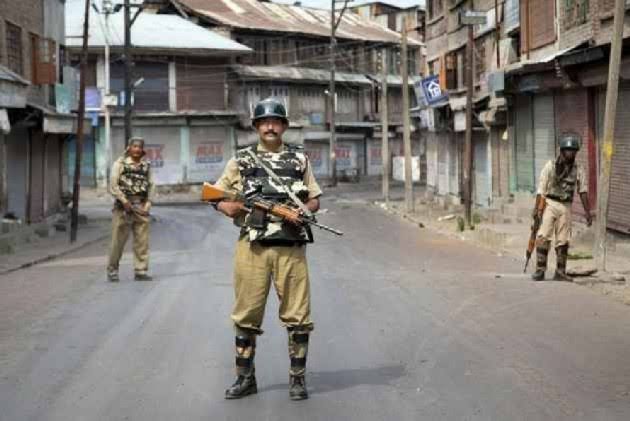 On December 5, I saw a photojournalist walking toward Sheikh Mohammad Abdullah’s grave at Dargah Hazratabal. It was Sheikh’s 105 birth anniversary. His son, Farooq Abdullah, is in custody under a preventive detention law -- Public Safety Act -- and so is Sheikh’s grandson, Omar Abdullah, for the past four months, under section 107 of CrPc.

Since no other person was around, I thought I too should take a picture of the grave in the present grave situation. When I tried to open the front gate of the Sheikh’s mausoleum, a police officer standing a few metres away shouted at me: “Why are you opening the gate?” Surprised, I asked, “Is entry to the mausoleum barred.”

I told him that I was not four persons or more as required under the Criminal Procedure Code (CrPC), for the prohibition to be imposed. He again told me to check with the deputy commissioner. I walked away.

“Reasonable restrictions” on communications in the Valley means that you are living in an area that is under complete information blockade. The government says “situation is near normal” and it is waiting for “more normalcy” to lift restrictions on the communication. What it means we all know: That the ban on the internet, prepaid phones and SMSs will continue.

Over the years, security agencies have improvised on the counter-insurgency lexicon in Kashmir. Sometime ago, when a family alleged that their relative was killed in custody. The police refused charges of “custodial killing.” The police described the incident as a case of “custodial death” and took strong exception to reports that talked about custodial killing.

Earlier we used to hear Operation Winning Hearts and Minds from the Army. This year the army said their operation Maa was successful. The operation Maa is about appeals of mothers of active militants to their sons asking them to return to their homes and give up militancy.

Since no such improvisation was made to the Section 144, I took it as the same good old section which is here with us for the past three decades. The section authorises the Executive Magistrate to issue an order to prohibit the assembly of four or more people in an area.

For the past three decades, the section has been imposed on and off in Srinagar and other districts of the Valley. Jammu and Kashmir is no longer what it was. Ladakh is no longer a part of the state. The Governor has become Lt. Governor. But Section 144 remains unchanged.

In the 1990s, we would listen to radio announcements that district magistrate of Srinagar had imposed Section 144. In the tenure of two or three years, each district magistrate in the past thirty years might have issued several orders about imposing Section 144 in Srinagar and other districts. But never have we ever heard an announcement about lifting of the section. Perhaps the government doesn’t deem it fit to announce it removal.

In short, a generation of Kashmiris have grown up with the section. That is why I was confused by the reaction of the police officer at the Sheikh’s grave.

I don’t know why I was stopped. Perhaps he saw four persons in me. Maybe I was a crowd. In the paranoid world of policemen on duty in Srinagar, I could be a huge gathering which could affect the law and order in the area. Since the rarefied political atmosphere of August 5, a police officer is empowered to visualise anything, and I have no alternative but to accept his viewpoint.