Home  »  Blog  »  National »  This Above All  »  How Can The Opposition Pick Itself Up From This Shattering Defeat?

How Can The Opposition Pick Itself Up From This Shattering Defeat?

Nobody understands the deep causes of defeat and victory better than the defeated. The defeated have been to all the battlefields. They have looked into the eyes of their soldiers and those of the opponents’. 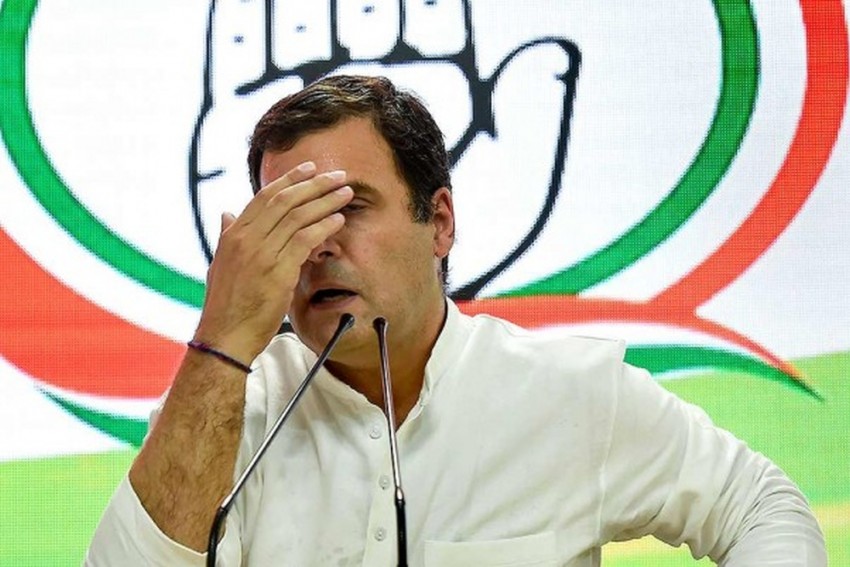 Congress president Rahul Gandhi
PTI Photo
Aakar Patel May 26, 2019 00:00 IST How Can The Opposition Pick Itself Up From This Shattering Defeat? 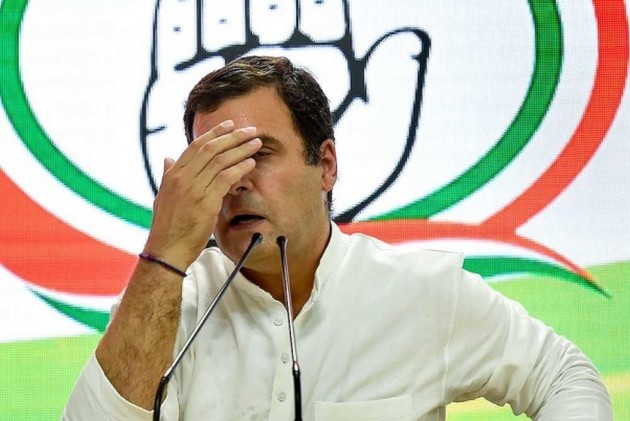 Those of us who are not in politics will likely never fully understand the meaning of a loss, of the magnitude which the Opposition suffered in the Lok Sabha elections. The problems of defeat start with the personal. The loss of confidence in oneself and the shame of knowing that others are looking at you differently are not things that most of us face on this scale. Our defeats and losses at work are mostly personal and if others know it is because we told them. For the opposition leaders, it is in the most public sphere.

Then there is the matter of having to face the adversary who has trounced you. In war, there is death or surrender for the defeated. In politics, the defeat is already in the past. It is over and done with. It is the present that must be engaged with and you have to work with the person and people that till yesterday you were abusing and being abused by. But the argument is ended and you have been humiliated. What is to be done from now on? The defeated leaders will not be short of advice, particularly from the media on what went wrong and what they should now do. Some of this will be useful but my guess is that most of it will not. At the television channel that I was a guest on, we were laughing over our designations: “varisht patrakar” (senior journalist).

The fact is that 30 years or 40 years of experience in writing stuff is not a substitute for 35 minutes spent addressing a rally and the signals a crowd sends out. Nobody understands the deep causes of defeat and victory better than the defeated. The defeated have been to all the battlefields. They have looked into the eyes of their soldiers and those of the opponents’. They have knowledge that is based on reality and lived experience. So with that understanding, and without wanting to give advice, let us see what we think they could do in terms of steps.

When the Pakistani general Ayub Khan made himself the president of the country in the 1950s, he says he first wrote an Appreciation. This is apparently a military term which figures out the position that one finds oneself in. That would be a good first step in my opinion.
It is fun to assess victories (students of military history spend many hours studying maps of Julius Caesar at Pharsalus or Alexander at the Jhelum). It is probably excruciating to assess a defeated position, and yet it must be done. State by state and candidate by candidate, there should be an assessment (I do not mean a judgement) of the present and where things stand. There should be, in this Appreciation, an honest and unemotional estimation of the opponent.

Perhaps the sharpest tool that a leader and a manager has is transparency. The saying is that sunlight is the best disinfectant. Openness would be encouraging to troops and supporters who are totally demoralised by a thrashing and the gloating of the victorious. It would bring the defeated together in spirit if they confront the reality of what they were defeated by and where they stand now. Then there is the issue of accountability. I do not mean blame. I think it would be easy for a leader to step down and go away, and perhaps that may be the right thing to do. But it should be part of a sequence in which there is first transparency. Stepping down without the critical steps required to start bringing the shattered side back together would just be like a tantrum and an act of ego. This moment requires selflessness.

In my opinion, there is not much else that the opposition could have done in this election. A missed tie-up here or there and a wrong candidate in some or other constituency was not the reason this election ended in the way it did. A hammering of this magnitude cannot be avoided through tactics or even through strategy. There is something deeper that needs to be addressed. Everything that the opposition was faulted for — for example not be aggressive, taking it easy, going off on vacations, not seeking alliances — all of this was addressed. If defeat still came it was not for want of awareness or effort. Higher forces were at play.

Another thing that must be done is a gathering of allies and friends. The opposition has sympathy from civil society, meaning those groups like non-governmental organisations, which fight some of the same issues that are in the domain of politics. Many of these are grassroots organisations which have been struggling for decades. They will be of some value in both the assessment and in the rebuild.

The third last thing is that defeated parties, particularly older ones, should go back to their founding principles and examine how far or close the party is currently to them. There was something within that made the party attractive to Indians. How can that or a version of that be reintroduced? It is a good question that will require some reflection and wisdom.

The second last thing is to keep up the spirit. Civil society and NGOs, which in our part of the world have tasted defeat far more than success, do this through song. Volunteerism comes from a sense of purpose but work should be fun and it should be energising.
The last thing in this piece of non-advice is to begin a routine. A routine is a wonderful thing. Just getting up and getting to work at a particular time and organising oneself can work small miracles. A routine lays out the small steps that we must take, and it gives us the confidence that we are moving forward.

My Vote Is For the Well-Being Of My Fellow Indians