Home  »  Blog  »  National »   »  Euphoria On Abrogation Of Article 370 Is Wearing Off, Only Time Will Tell Full Meaning Of This Move

Euphoria On Abrogation Of Article 370 Is Wearing Off, Only Time Will Tell Full Meaning Of This Move

Those who chafed at the idea of special status are satisfied that the only Muslim majority state of India is now a union territory, ruled directly by Delhi. 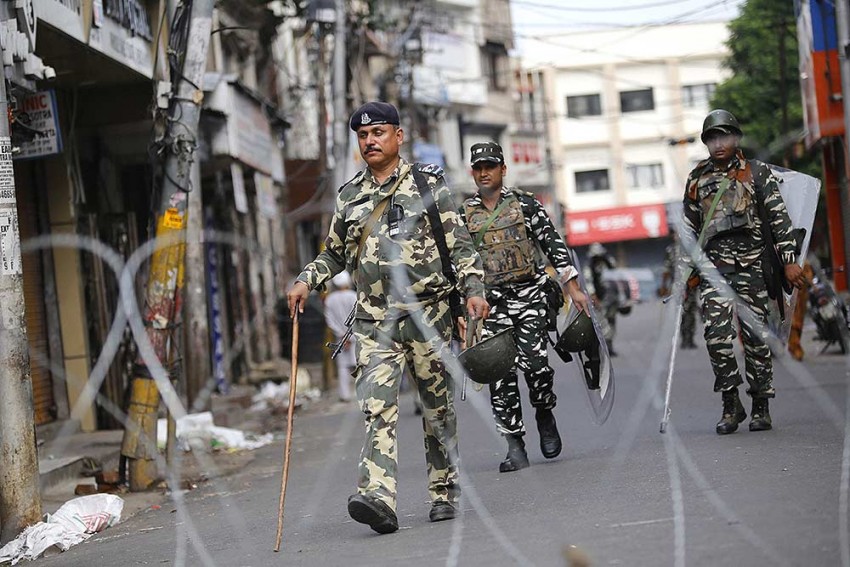 Paramilitary personnel patrol a street during restrictions, in Jammu. (PTI)
Aakar Patel August 11, 2019 00:00 IST Euphoria On Abrogation Of Article 370 Is Wearing Off, Only Time Will Tell Full Meaning Of This Move 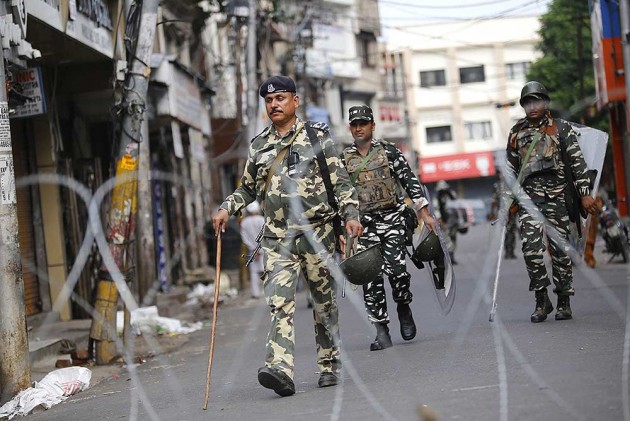 The full meaning of what we have done in Kashmir will unfold in time. At the moment, the narrative we have been given in the rest of India is that it has been a good thing for all of us, including Kashmiris. Those who chafed at the idea of special status are satisfied that the only Muslim majority state of India is now a union territory ruled directly by Delhi. Of course, other states, too, have a special status, but Kashmir was viewed in a particular way because of the religion. Not many of us thought it was a good idea for Kashmir to have a special status for this reason. Those of us who think that it was correct and proper to retain Article 370 faithfully in its original form, granting true autonomy to Jammu and Kashmir, is a very few.

Then, there is the economic aspect. Kashmir, and particularly Srinagar, does not have the levels of poverty, illiteracy and other human development indicators that other states have. Kashmiris are highly enterprising and can be found in trade not only in the rest of India but globally. So the state was never the case for economically backward. The argument now is that the state will be available for non-Kashmiris to invest in because they will be able to own property there. This is something that we will be able to understand over time.

The third thing being cited is that it will usher in a new kind of politics. Kashmiris will be free from their family-based parties and will have the opportunity to discover fresh democratic opportunities. What is to be considered here is to what extent the Kashmiris repose faith in such so-called family-based parties. It is not for outsiders to say what sort of party the Kashmiri should and should not vote for. The fact is that either we believe India has conducted free and fair elections in Kashmir or we do not believe it. If we do, we have to accept that the parties that won the faith of the voters are the ones that we are now running down and abusing.

If it is true that political space has opened up, we should consider what will fill this space. At the moment, the most powerful and popular forces which are not in the electoral space are the separatists. The Hurriyat and the parties associated with it including the fundamentalist Jamaat-e-Islami will be able to point to India’s actions of recent days and say that Kashmiris did not get what they wanted from traditional political parties. One hopes that Delhi has thought through the consequences of its actions in this regard.

The rest of India has not given much thought to Kashmiris who have remained under severe restrictions and have had their communications cut off. This is not new for them. One reason that India is at the bottom of the world’s media freedom index -- no140 and falling two places in the last year -- is that Kashmiris regularly have their phones and internet cut off for long periods. We are yet to hear from Kashmiris about what they think of our "grand move" to remove their special status and to remove their statehood.

Right now we are getting to hear on social media voices from Kashmir that are not authentic because there is no access to the net for those locked inside Srinagar and other towns and cities.

When and if the restrictions are lifted and the communications open, India and the world will know what the reaction of Kashmiris really is. Again, in India, what is said will not matter because it has not mattered for three decades. They see themselves as fighting for their legitimate rights. We see them as stone-pelters and terrorists.

The world has long lost interest in the Kashmir issue after a few scattered observations and resolutions from the United Nations, none of which is implementable. India does not face a source of worry globally today concerning its internal actions. It has good relations with most security council members and does not need to rely on the Russian veto. The world will take little notice of our curfew and communications blackout in Kashmir because it has ignored it for three decades.

The last thing that we should consider is this. What we call terrorist violence is limited to three places in India: the Northeast, the Adivasi belt, which we call the Maoist insurgency, and Kashmir. For the most part, the violence in these places has been localised. Communal rioting and counter-violence has happened in the rest of India, for example after 1992 and after 2002. But this was episodic. Not much thought has been given in academia or by our security experts to why this violence has been contained in the manner that it has. One hopes that sufficient thought has been given to what the long term trajectory of this violence will look like and how we will contain it.

At the moment the narrative on the gutting of Article 370 is still positive, though the euphoria has probably worn off. Once the other side expresses itself, we will start to know the consequences of our actions, and the full meaning will reveal itself in time.