Home  »  Blog  »  National »  The Rustic Writer  »  Blog: Constitution In One Hand, Tricolour In Another, You Still See Their Burka And Topi

Blog: Constitution In One Hand, Tricolour In Another, You Still See Their Burka And Topi

Dare I say it that the Muslims disappointed you, by not invoking the verses of the Holy Quran, not raising religious slogans, for they battle to reclaim the Idea of India, writes Mirza Arif Beg 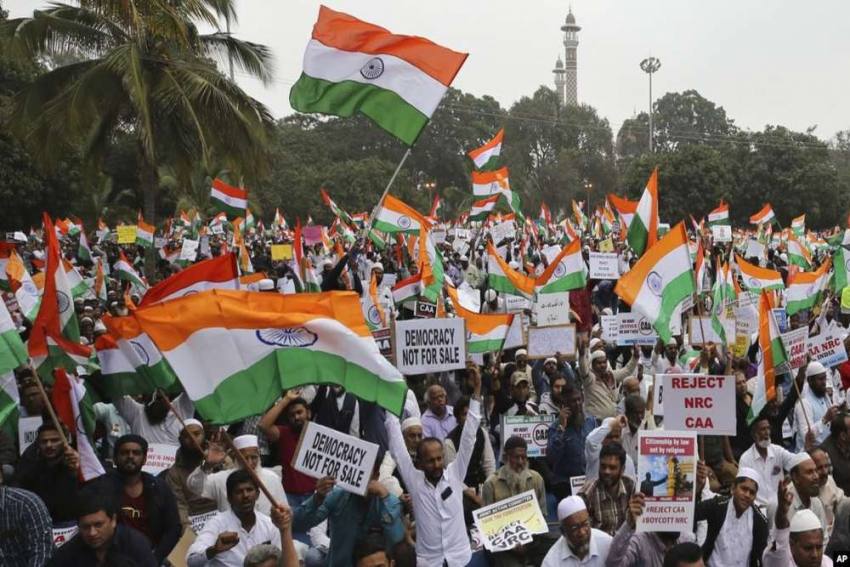 Protesters demonstrate against the Citizneship Amendment Act (CAA) and National Register of Citizens (NRC) in Bengaluru. (AP)
Mirza Arif Beg December 28, 2019 00:00 IST Blog: Constitution In One Hand, Tricolour In Another, You Still See Their Burka And Topi 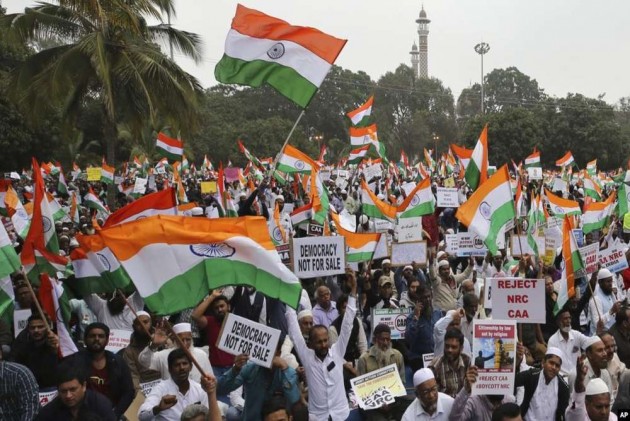 Prime Minister Narendra Modi is believed to be a great communicator, someone who can overwhelm the attendees with his eloquence and delivery.

On December 15, while campaigning for the Jharkhand elections, the prime minister, after targeting the Congress for protests against the controversial Citizenship Amendment Act (CAA) and National Register of Citizens (NRC) said: "Those who are creating violence can be identified by their clothes itself.”

His fans cheered, for they thought the prime minister had, in one comment, unmasked the people hatching some "conspiracy" to malign India.

But aren't they the very same fans who thought that almost the entire Muslim community believed triple-talaq was "Quranic, Islamic and constitutional," and therefore, would evoke a protest against the Supreme Court verdict?

Aren't they the same who thought Muslims would resort to violence after the top court of the country ruled, in the decades-old Babri Masjid-Ramjanmabhoomi case, that the entire disputed land belonged to the deity Ramlala?

That's not it. Your prejudices against them run deep.

You called them uncouth and unruly; their localities filthy. Come to Jamia Millia Islamia, where locals and students gather every day -- to protest against one of the most communal laws passed in India's history. They sing "saare Jahan se achcha, Hindostan hamara-hamara..." at the top of their voice; ensure the traffic doesn't come to a halt and serve refreshments to one and all. Yes, sometimes even Biriyani -- that's what you always identified them with, besides clothes, of course?

Once the sun sets, they announce to all the demonstrators to call it a day, with the hope that they will gather, once again, the next day. Some of them don't leave immediately. Some of those "unruly" sweep the roads, collect all the trash, dump it in a cart and take it away.

Since it's in vogue to ask questions these days. Let me also take this opportunity to ask a few more.

Are you afraid that these people are destroying the stereotypical image of Muslims that you thought was true? Are you afraid that they no longer conform to your hackneyed ideas? Or are you afraid that it's the 200-million-strong community, pigeonholed as conservative, backward and illiterate, whose very existence is in question, has sought refuge in the constitution and the national flag?

You said Muslim women are caged. Take a walk through Shaheen Bagh, a thickly populated area near Kalindi Kunj, where thousands of these women congregate to fight for the idea of India. In one stroke, they destroyed men's self-proclaimed supremacy over politics. In one protest, they demolished age-old misconceptions, by not just leading demonstrations but also sustaining them. They sing: "Dil diya hai Jaan bhi denge Ae watan tere liye."

Dare I say it that the Muslims disappointed you, by not invoking the verses of the Holy Quran, by not hoisting a green flag -- often confused for Pakistan's -- by not raising religious slogans, for they battle to reclaim the Idea of India, for they know it more than you that within that idea flourishes a multitude of faiths, beliefs and traditions.

We live in strange times where the onus is on Muslims -- to behave "maturely", to not let this "get out of control", to ensure "no inconvenience is caused to anyone". I laugh. I laugh at your wisdom. I laugh at your education. Look at you. You care about the burnt buses -- yes, "public property" -- more than humans, who have lost their lives. You turn your back on students subjected to the brutal assault. You highlight the hooliganism of a few and seek to punish the entire community.

In March 2018, Prime Minister Narendra Modi had said: "Development is only possible when Muslim youth will hold Quran in one hand and computer in another." The copies of the Quran, perhaps, never went to print, and computers were never manufactured.

But over a-year-and-a-half, since the prime minister uttered those words, here they are, fighting it out, holding the Indian constitution close to their chests and the ideals of Mahatma Gandhi and Bhim Rao Ambedkar on their lips.

They were and will always be Indians. You chose to see them as Muslims. Who is prejudiced now?

Is It Kashmirisation Of India? Not By Any Stretch