What Sonia Gandhi needs to do is promote the leaders actually working on the ground and prevent them from quitting the party for lack of redressal of their genuine problems. 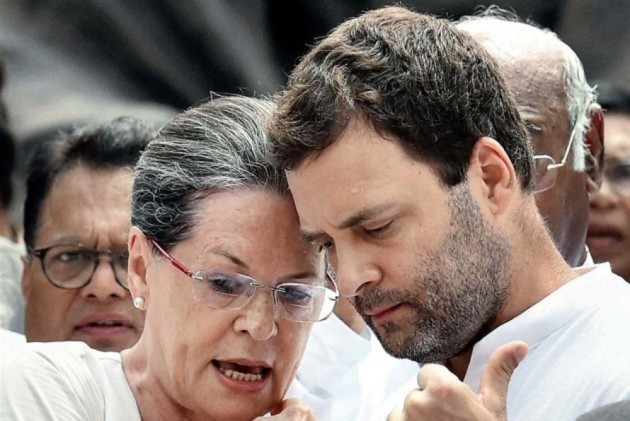 The Old Guard within the Congress party would say, ‘chintan karenge’, the younger lot of leaders call for ‘surgery’ or ‘corrective steps’. The standard response of the Congress party – or any other political outfit for that matter – following every electoral debacle has been, “we need to introspect”.

After two consecutive Lok Sabha routs, countless assembly election defeats and a change of guard at the very top, the public at large remains clueless about the result of these introspection exercises. Meanwhile, the Grand Old Party continues to falter and its nemesis, the BJP, joyfully hops from one assured electoral victory to another donning its cloak of invincibility.

On September 24, when Tripura Congress chief Pradyot Debbarma quit his post and the party, his resignation letter gave an unambiguous answer to what has been ailing the Grand Old Party, and it isn’t the increasing popularity of the BJP or its ability to poach sulking, ambitious or pliable leaders from rival camps. The answer, certainly one of many equally plausible ones, is the rot within the Congress – the apathetic attitude of the revered high command towards problems faced by grassroots leaders, in-charge general secretaries who use their position to dole out patronage to favourites or threats to those who challenge their authority and preferential treatment to defectors over party loyalists for important roles within the organisation.

In his resignation letter, Debbarma has leveled a slew of charges against Luizinho Falerio, former chief minister of Goa and Congress general secretary in-charge of all seven northeastern states. Debbarma’s broadside against Falerio includes serious allegations of siphoning off party funds meant for Congress candidates during the recent Lok Sabha and Sikkim assembly polls, advocating induction of BJP-imports on high positions within the party’s Tripura unit and trying to dislodge popular leaders and party loyalists from positions like legislative party leader. There is also another charge – that as in-charge general secretary of Tripura, Falerio had not visited the state even once over the past year. In stark contrast, Debbarma had organised impressive fundraisers for the Congress in Tripura, reached out to party workers in the state who had been targets of alleged political violence by the BJP cadres and started a system of paying district and block level office-bearers a monthly stipend - efforts for which he rarely got any help from the party's central leadership. He was also in the process of drafting a recruitment and training program for boosting the Congress cadre in Tripura.

Debbarma says interim Congress president Sonia Gandhi was aware of each of these allegations against Falerio and that written representations by the party’s leaders from northeastern states had been submitted to her regarding these. Yet, Falerio continues to be on his post while Debbarma, under whose leadership the Congress saw its vote share in Tripura surge from a paltry 1.7 per cent to over 27 per cent within six months, has had to resign from the party.

The Debbarma-Falerio tussle isn’t the first of its kind, though it’s perhaps the only one to be put on record. Last month, Ajoy Kumar resigned from the post of Jharkhand Congress chief. Under Kumar’s stewardship of the Congress’s Jharkhand unit, the party had witnessed a similar increase in its vote share during the Lok Sabha polls. Both Debbarma and Kumar had spent a large part of their tenure as state Congress chiefs enrolling new members into the party, carrying out padyatras and reaching out to disgruntled grassroots workers to rebuild the party. Like Debbarma, Kumar too quit the Congress last week and joined the Aam Aadmi Party – an outfit that is non-existent in Jharkhand – after the intra-party problems red-flagged by him were not addressed by the ‘high command’.

While Kumar had put on record his allegations against senior Jharkhand Congress leaders like Subodh Kant Sahai, Pradeep Balmuchu and Rameshwar Oraon, sources told Outlook he had also apprised Sonia Gandhi and Rahul Gandhi of how party in-charge for Jharkhand, R.P.N. Singh, refused to take note of his repeated complaints. Singh, like Falerio, continues in his post and is part of the party’s panel that will screen potential candidates for the upcoming assembly polls in Jharkhand. Sources said several Congress leaders from Jharkhand, including CLP leader Alamgir Alam, repeatedly urged Singh and AICC general secretary K.C. Venugopal to rein in leaders like Sahai and Balmuchu who “openly advocated harassment of Kumar”, but “no action was ever taken”.

The state of affairs is similar in several other states. In Madhya Pradesh, complaints by various party leaders against general secretary Deepak Babaria are a regular affair. On more than a few occasions, Babaria has been manhandled at the Congress office in Bhopal by party workers who have variously accused him of arrogance, incompetence or even selling election tickets. The case of P.C. Chacko, party general secretary in-charge of Delhi, is an even more peculiar one. Chacko’s proximity to Ajay Maken and his very public attacks against Sheila Dikshit or any Delhi Congress leader who disagreed with Maken were well-known. Weeks before Dikshit, who was the Delhi Congress chief, passed away, Chacko had publicly asked her to step down on the ground that she should take care of her health. That under Dikshit’s leadership, the Delhi Congress had shown some semblance of resurgence in its former bastion, seemed to be of little importance to Chacko. Sources told Outlook that at two separate meetings, the first with Rahul Gandhi before he stepped down as Congress president and the second with Sonia Gandhi, several senior Delhi Congress leaders including former state chief, J.P. Aggarwal, whose differences with Dikshit were well known, had taken offence at Chacko’s repeated barbs against Dikshit and urged the leadership that he be replaced with a new in-charge general secretary. Predictably, the high command took no such decision.

The fact that the Congress Working Committee, the apex decision making body of the party, is packed with leaders who command little political influence within their home states; have either never contested an election in their life or haven’t won any in decades, is often alluded to while analyzing the reasons for the Grand Old Party’s continuing fall into the abyss of political ignominy.

On August 10, when Sonia Gandhi took over as interim party chief, Congress leaders Randeep Surjewala and K.C. Venugopal had indicated that she would soon revamp the organisation. The reshuffle is still pending, and sources say it might not take place before the assembly polls due in Maharashtra and Haryana next month, or even those to be held in Jharkhand in December. However, a reshuffle, whenever it may happen, will be pointless if it’s reduced to an exercise of musical chairs with the same tardy, incompetent lot of leaders moving from one responsibility to another. What Sonia needs to do is promote those leaders actually working on the ground and prevent them from quitting the party for lack of redressal of their genuine problems.

Earlier this month when Sonia addressed her party colleagues, she had spoken about those who had quit the Congress as leaders “who look to the Congress only as an opportunity for self-advancement”. It is about time that the matriarch of the Grand Old Party realizes that the Congress is actually no longer in the position of giving anyone an opportunity for self-advancement – that altar has moved to the BJP. What she can still do, though, is to ensure that leaders dedicated not to a family or a faction but to the party are nurtured and not stifled. Blaming the BJP for the rot within the Congress won’t do anything to revive the party.