The idea -- or the promise -- of Naya Kashmir is not new to Kashmiris. The first promise was made in 1940s, then all the successive governments -- from Delhi to Srinagar -- repeated it time and again. Now a year after abrogation of Article 370, the promise echoes again from Delhi to Lal Chowk. 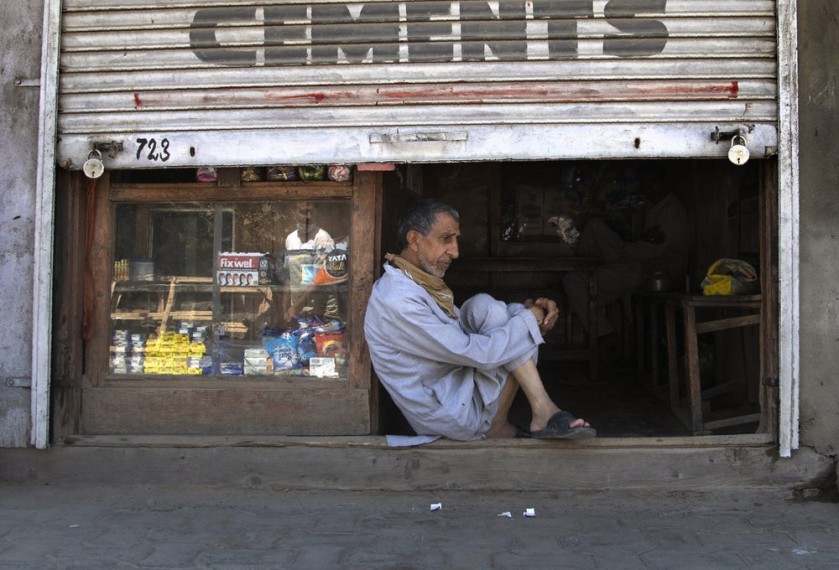 A Kashmiri shopkeeper sits at the entrance of his half closed shop during lockdown in Srinagar
AP Photo
Naseer A Ganai August 04, 2020 00:00 IST A Worn Out Naya Kashmir Sees Itself Disguised In New Promises 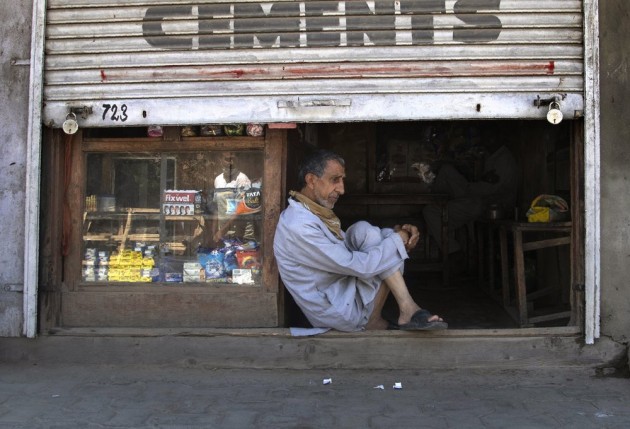 As Kashmir completes one year without its special status, Naya Kashmir or New Kashmir is the buzzword --  the phrase is abundant on social media, recurs in most of the essays and articles on Kashmir.

To embolden the idea of Naya Kashmir, dozens of fake Twitter handles have suddenly sprouted propagating the “peace and prosperity” that Kashmir witnessed in the past one year.

The Naya Kashmir is the discourse that the Jammu and Kashmir administration has set rolling. The new Kashmir, envisaged by Prime Minister Narendra Modi in his televised speech after the abrogation of Article 370 last year, is being “given final touches” and “will get its shape soon”, if news reports are to be believed.

But the idea of a Naya Kashmir is not so new. The J&K National Conference, under the leadership of Sheikh Mohammad Abdullah -- father of Farooq Abdullah -- had come up with the ‘revolutionary document’ called ‘Naya Kashmir’ back in the 1940s. The document talked about women rights, land reforms and laid thrust on education and making of an egalitarian society.

While Sheikh carried out land reforms in J&K before landing in a long incarceration from August 9, 1953, his vision of ‘Naya Kashmir’ remained a buzzword among politicians in New Delhi and Srinagar for decades. And when Kashmir started losing the last vestiges of its autonomy, decade after decade, the new actors -- in New Delhi and Srinagar -- would describe every such shedding as Naya Kashmir.

But what is Naya Kashmir? What are the origins of the phrase that Kashmir has only heard since pre-partition times?

The Naya Kashmir manifesto of the National Conference was released in 1944.

In the preface of Naya Kashmir document, Sheikh had written, "Our path in the past has been rough and stony, like the precipitous paths that wind up our mountains.Every year  their graves are covered with the flowers of people, and every year in their presence we renew our pledge to achieve the freedom for which they died."

According to author Andrew Whitehead, it's a very ambitious 44-page document which was both a manifesto and a draft constitution. He argues B.P.L Bedi took the lead in compiling it but never claimed to have written the entire document, because he didn't. He borrowed liberally from other documents, and the proposed Constitution for Jammu & Kashmir was based closely on the 1936 constitution that Stalin introduced in the Soviet Union.

Whitehead says Bedi was a Communist and he encouraged the National Conference to advocate land reforms, and he certainly played a key role in drawing up the 1944 'New Kashmir' manifesto which demanded 'land to the tiller' - one of the earliest expressions of this political slogan in India. The National Conference, however, argues Naya Kashmir document was conceived by Sheikh Mohammad Abdullah and implemented by him through the land reforms.

In November 2004, for example, former Prime Minister Manmohan Singh in his speech at Srinagar talked about Naya Kashmir but limited it to dialogue with separatists. “Our government is also committed to an unconditional dialogue with anyone and everyone in the state who abjures violence. I extend an invitation to the Government of Kashmir, all political parties and people who are outside the political system, activists of civil society to give us suggestions as to what we have to do for fulfilling the dream of Naya Kashmir."

That was 2004. By now, the political landscape of Kashmir has changed in its entirety.

That year Omar Abdullah, while addressing a rally at Chanderkote in Jammu, had said, “Conspiracy is being hatched against the National Conference to scuttle its ‘Naya Jammu and Kashmir’ agenda aimed at political stability, solidarity, peace, youth welfare and equitable development of all the regions and sub-regions of the state.” That year, the National Conference lost the elections.

August 5, 2019, was the last blow to J&K’s political empowerment. The day saw the Article 370 abrogation and it being downgraded to the status of Union Territory. Since then the BJP-led Central government has been repeating the promise of Naya Kashmir whenever and wherever it gets a chance.

In January this year, the Centre sent 37 union ministers to a guided tour to Jammu and Kashmir to see how people looked like in the prolonged siege and without communication facilities and with all their leaders in jail. Minister for Law, Justice, Communication and IT, Ravi Shankar Prasad, was so impressed by the silence in Kashmir that he called it Naya Kashmir.

In north Kashmir’s Sopore town, Prasad, who was part of the 37-member ministerial delegation from January 20 to January 24, said Kashmir would soon witness a “new dawn of peace and development”, the promise the Naya Kashmir entails.

To further the concept of  Naya Kashmir, Finance Minister Nirmala Sitharaman recited a poem ‘Myon Watan’ (My Country) by Dina Nath Nadim during her budget speech. Nadim was a left-leaning poet and had recited the poem to honour Sheikh Mohammad Abdullah, who had just been released from prison in 1946. Ironically, when Nirmala recited Nadim’s poem, Sheikh Abdullah's son Farooq Abdullah and his grandson Omar Abdullah, were in jail.