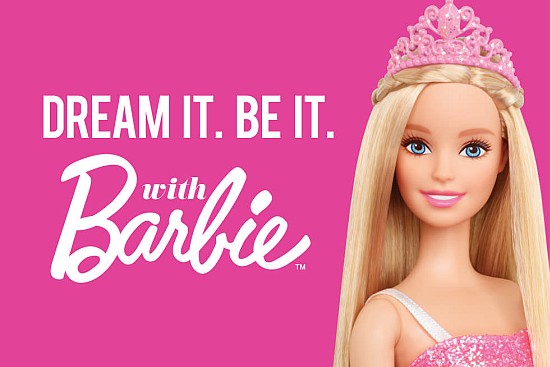 Mattel's popular Barbie dolls have forever been in the eye of the storm over issues like gender stereotyping and promotion of a certain unhealthy body-image. Their almost always fair-skinned, super-skinny Barbie, very popular among children and very fond of shopping and going out on dates with Ken, has been accused of promoting an unrealistic body image for a young woman, leading to a risk that girls who attempt to emulate her will become anorexic.

Well, as far as the gender-stereotyping is concerned Mattel is on the front foot now with its new ad called 'Imagine the possibilities'.

The video begins with a little girl talking to a class full of college students about the brain. She introduces herself as their professor. After a series of shots of other girls playing the part of other professionals, we see that the little professor wasn't actually talking to a bunch of kids double her age but to her menagerie of Barbie dolls.

The message the toy company wants to put out is clear: that Barbie dolls aren't just about the clothes or the parties, that a child's imagination can soar when she is at play and have infinite possibilities. She could be anyone, be anywhere.

This however has not exempted the makers from criticism.

Jessica Valenti writes in the Guardian:

Barbie shows girls can become anything, except fat, of course. Or not white. Or anything over than the still very standard horrifyingly proportioned Barbie. Imaginations are limited when girls are given only a narrowly defined idea of what being a woman looks like.

I think Mattel's problem with feminism requires a slightly bigger fix. We could start with slightly bigger body proportions for Barbie dolls, whatever their career aspirations are...But for as long as a girl plays with a Barbie doll and absorbs the unconscious message that she needs a 19-inch waist to attain her goals.