In Bathinda, Every Other Sarpanch Is 'Falana Singh' 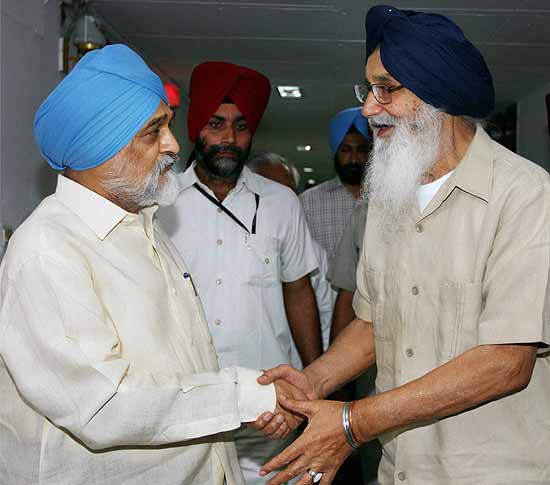 The idea of following the leader assumed quite a different connotation on Saturday, August 3, in Punjab's Bathinda district.

At the oath taking ceremony of the newly elected representatives of the panchayats the Chief Minister of Punjab Prakash Singh Badal explained to the gathered  sarpanchs and panchs that they should take their oath by repeating after him the words, "Main Falana Singh sauhn chukda haan' (I XYZ Singh take oath)" which concluded with "Saarian da dhanwaad" (thank you everyone).

To the Chief Minister's horror, many of the 295 sarpanchs and 2,200 panchs, simply parroted the words, referring to themselves as 'Falana Singh' instead of reading out their name.

The Chief Minister, as the Times of India reports, had to repeat thrice that they had to take their own names while reading out the oath.

The Times of India adds,

Shaking his head in disbelief, a Shiromani Akali Dal (SAD) leader, who was present at the ceremony, said, "It shows how illiterate our elected representatives are and how miserably the government has failed in making them understand the basics of democracy".

A political activist said though the Punjab CM has told the sarpanchs and other panchayat members not to be fooled by panchayat secretaries and should be careful about signing documents and cheques, they could easily be taken for a ride, given their level of awareness, as reflected during the oath-taking ceremony.

Read the full news item at the Times of India: In Bathinda, all sarpanchs are ‘Falana Singhs’

I Am Bradley Manning