His story also highlights his relationships with the two most important men in his life – his father Sunil Dutt (played by Paresh Rawal) and his close friend portrayed by Vicky Kaushal. 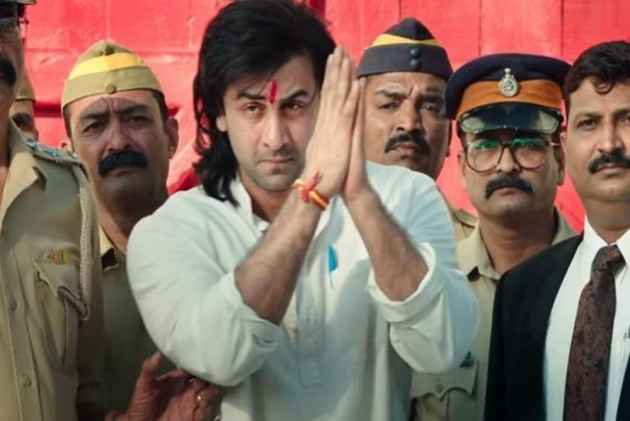 Rajkumar Hirani’s biopic on Sanjay Dutt, as expected, has opened to humongous response at the box office with a collection of Rs 34.75 crore on the first day of its release but Sanju has left the critics and the audiences asking for more as far as its content is concerned.

The film primarily focuses on the two major episodes of Dutt’s life – his prolonged bout with the drugs during his Rocky (1981) days and his tryst with the law over possession of an assault rifle in the wake of the 1993 Mumbai riots. His story also highlights his relationships with the two most important men in his life – his father Sunil Dutt (played by Paresh Rawal) and his close friend portrayed by Vicky Kaushal.

What the movie conveniently skirts is his scores of relationships with different women over the years, which makes one wonder what it could have been or would have been had Hirani chosen to make them an integral part of the narrative. By his own admission in the film, Dutt’s eponymous character played to perfection by Ranbir Kapoor, admits to having slept with at least 308 women, excluding prostitutes, in his life. But Hirani has not shown the Casanova side of Dutt’s character, restricting it merely to two episodes: one about losing a girl he loves during his drugs phase and the second about the seduction of his best friend’s girlfriend.

Dutt, over the years, has been no stranger to multiple romantic liaisons; some of his former girlfriends include the top actresses of their time. A few of them are still part of the charmed circle of Bollywood and beyond. In all likelihood, Dutt must have told Hirani all about his flings, affairs and serious relationships while opening up about his life to the Munnabhai  maker over the 25 night-long story sittings they had before the launch of the film.

Ranbir Kapoor is one of the biggest stars outside of the Khanate ruled by the Aamir-Salman-Shahrukh triptych in Bollywood. His last few films have not been a box office success, but the 35-year-old actor now returns with a bio­pic on Sanjay Dutt. #Sanju #TOTW #Exclusive pic.twitter.com/3VVY1DTDdh

Hirani, in fact, recently revealed how Dutt used to hook the girls by taking them to a fictitious grave of his mother (Nargis Dutt) and introduce them as his soul mates. Alas, such interesting episodes are not part of Sanju’s script! How did Dutt handle the matters of the heart while grappling with the vicissitudes of his life is a question that would have helped the audiences understand the vulnerability of the protagonist who appeared desperate to find an emotional anchor through his unstable and insecure life.

For example, what was Dutt thinking when one of his girlfriends left him to live in with another actor? How did he feel when a top actress opted out of their relationship in the wake of the Mumbai blasts? How did Richa Sharma, Rhea Pillai and Manyata Dutt, the three of his wives, come into his life? Would not answers to these questions make Sanju a better film?
For an average cine-goer who has kept a tab on Dutt's chequered life and career all these years, an extended subplot of his romantic life running parallel to the main story around his drugs and guns phase would have made it a far greater biopic than what it ultimately turned out to be.

But then, Hirani probably understood how prickly can it be for a film-maker to touch upon a relationship between the two individuals who have parted ways, in a dispassionate way. Even the most intrepid of the film-makers can be intimidated by the prospects of facing a lawsuit, fears of ruining a reputation or two and incurring the wrath of people from within the industry while attempting a biopic on a film personality. That is probably why we may never get to see a no-holds-barred biopic of eminently interesting people such as Raj Kapoor, Guru Dutt, Kishore Kumar, Rekha, Parveen Babi, Helen or even Kangana Ranaut in future.

But to give Hirani and his fellow writer Abhijat Joshi the due, they have managed to put together a decent biopic, howsoever truncated, on Dutt’s life with whatever material a 'courageous' Dutt had provided them. It is altogether a different matter that Sanju’s success may not spawn an era of the honest biopics on some of the colourful Bollywood personalities we have had over the years. We will have to keep putting up with the hagiographies masquerading as 'true life stories'.