'I Am Julian Assange' 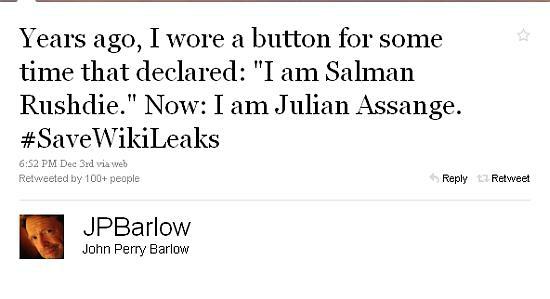 In first person, singular or plural:

Recent mass media coverage that might be of interest:

Daniel Ellsberg: “Every attack now made on WikiLeaks and Julian Assange was made against me and the release of the Pentagon Papers at the time.”

Meanwhile, in It Happens only in Pakistan Deptt: