They are wrong. Actually, they've just skipped a year. Just like that.

According to this article in the Telegraph, this is Ambedkar's 124th birth anniversary. His official date of birth is April 14, 1891, you see. Bureaucrats in government are aware of this numerical jugglery.

"They said the drive was the brainchild of a few prominent Dalit faces in the BJP, who wanted the hoardings and ads on the anniversary to mark it as Ambedkar's 125th — a more "rounded" figure and a standard subject of year-long celebrations. Dalit activists said the government's purported willingness to discuss the point in itself betrayed the BJP's desperation to co-opt the Ambedkar legacy."

The paper then contacted numerous Dalit politicians and activists. All of them agreed that this wasn't the 125th birth anniversary of Ambedkar's, and that this was just an indication of the desperation of the BJP to ingratiate themselves with the Dalits.

"There's also no doubt that this level of (government) celebrations for Dr Ambedkar is unprecedented in the history of India."

Ilaiah said: "Compared with the Congress, the BJP has had no history with Dalits. It's trying to build that history from scratch."

He suggested the alleged attempt to co-opt Ambedkar was part of the Sangh's idea of "consolidating Hinduism". 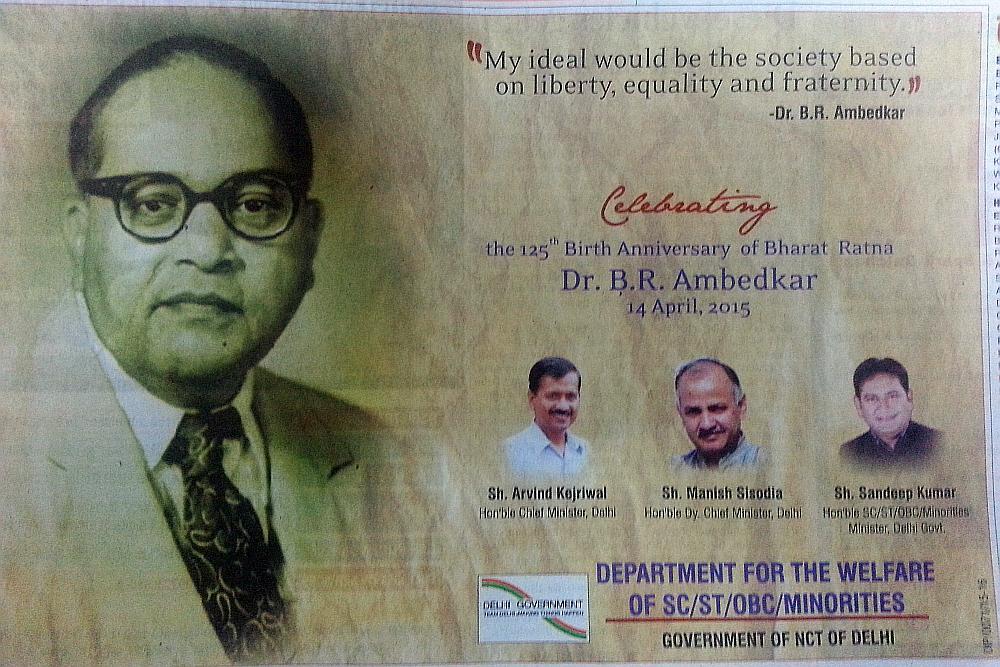 So while Delhi government totally fell for it, the Haryana government and the Dr. Ambedkar foundation, managed to keep out of the controversy by simply going neutral.

Meanwhile, the Punjab government got it absolutely right.