Society How I Raped Your Mother

How I Raped Your Mother 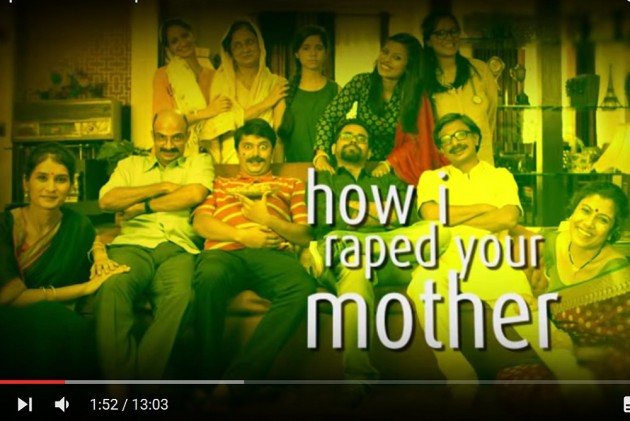 In a country where simply talking about an incident of rape is considered to be a taboo, marital rapes—non-consensual sex in a marital setup—legally and traditionally doesn't exist. So what idea of justice are we selling to our women who are victimised almost everyday just for stating their will against physical subjugation? TVF Girliyapa's latest video 'How I Raped Your Mother' takes on the grave issue in an edgy sitcom-type satire.

It explores the psyche of an Indian family— steeped in 'tradition'—on the idea of marital rape. When the family's own daughter complains of rape, they take it in a very light way and go as far as substituting the word 'rape' with 'intense lovemaking', and referring to it as the '17th shade' from Fifty Shades of Grey. It is a jocular take on Indian society that considers it is the husband's moral right to have sex with his wife— consent or no consent— what are wives for!

It also gives an insight to an Indian household at a crucial time when the nation is debating the issue. Minister of Women and Child Development, Maneka Gandhi, has changed her stance several times on the issue of criminalizing marital rapes and was quoted saying that the concept 'cannot be suitably implied in the Indian context'. The contemporary situation is such that the women who talk against marital rapes on social networking sites are regularly trolled and the ones demanding right for free sex are called adjectives.