Highlights of Trump's Defence And Offence

Trump began with a nonpology to fend off the accusation that he was crass in describing women. 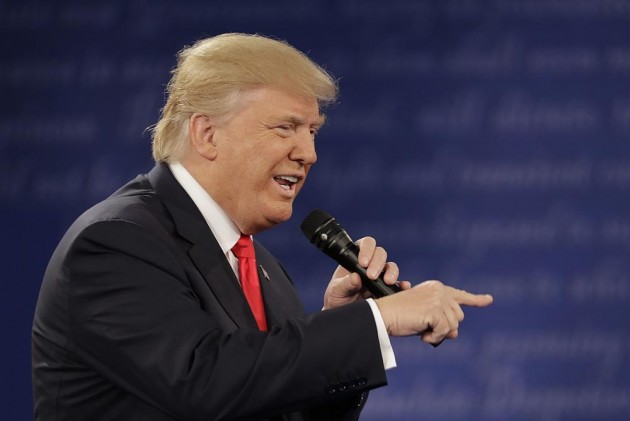 The gloves were off at the second presidential debate between Donald Trump and Hillary Clinton.  Trump began with a nonpology to fend off the accusation that he was crass in describing women. Though he said he was not proud of the “locker-room comments”, he dragged in Clinton's husband, by saying Bill Clinton did far worse by sexually assaulting women.

1. On Being a Politician:

2. On safety of African-Americans:

I want to do things that haven’t been done like making our inner cities better for African-Americans. Hillary has done a terrible job for African Americans, she wants their votes and she does nothing and then she comes back four years later

I am not proud of it, I apologise to my family, I apologize to the American People but this locker room talk. I have great respect for women, nobody has more respect for women than I do. If you look at bill Clinton, if you look what he has done to women nobody in the history of politics of this nation has been so abusive to women.

I am gonna make my country safe, we are gonna have borders which we don’t have now. People are pouring into our country and they are coming from the middle east and other place. We are gonna make America safe again

I will knock the hell out of ISIS, we are gonna defeat ISIS

Do you think it was fine to delete 39, 000 emails, I don’t think so. If you did that that in the private sector you could be put in jail.

There is a problem and we have to be sure that Muslims come in and report when they see hatred going on. Muslims have to report the problem. After his comments #MuslimsReportStuff started trending on twitter: 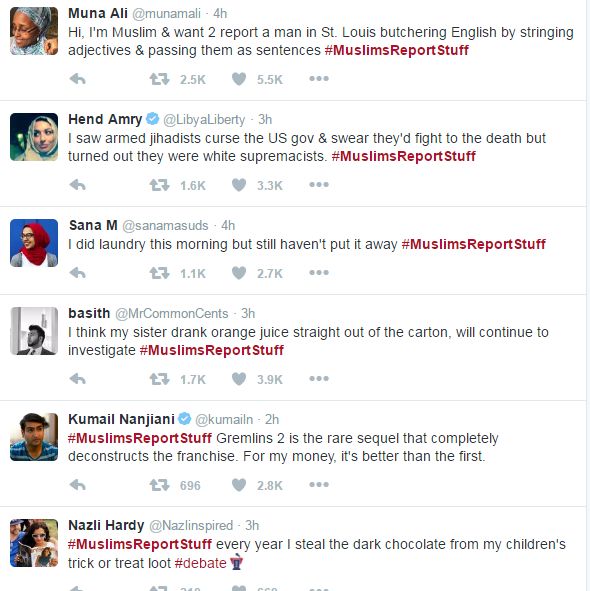