'He Has Confused Minority Communalism With Secularism' 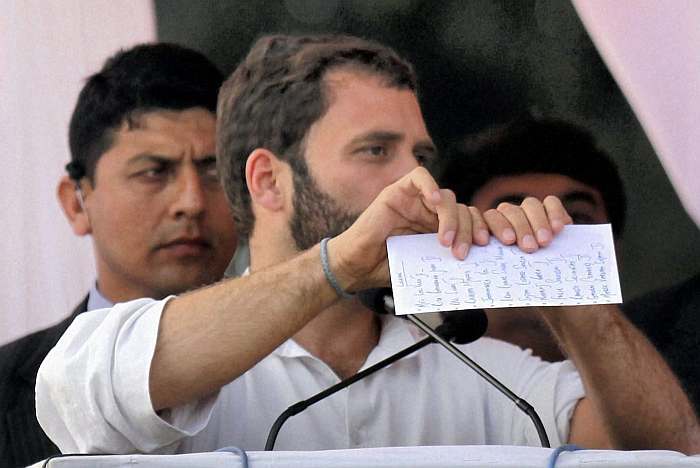 Sure, it appears that Rahul Gandhi believes fervently in redistributionist policies, but what exactly are his economic policies?

Indeed, is there any discernible difference between the economic agendas of Rahul Gandhi and Mayawati? Or Uma Bharti, for that matter?

Rahul Gandhi's performance as a political leader is perhaps the most disappointing because unlike the Jaitleys and Swarajs he faces no internal challenges.

He can force the Congress to get rid of its old socialist baggage and become a truly secular and forward looking political formation. Instead, he has confused minority communalism with secularism and entitlements with development.

In India, affiliation to a storied family name and being of certain age almost automatically confers on dynasts the title of 'youth icon.' Rahul Gandhi is a youth icon, we are told. So is apparently Akhilesh Yadav. But to his credit Yadav at least has attempted to move the Samajwadi Party away from an era of openly hobnobbing with criminals and encouraging goonda raj.

In contrast, with Rahul Gandhi at helm, the Congress is rapidly and happily riding and embracing the past.

Read the full article at rediff: Rahul is too busy now to worry about India's future