Has TV News Given Up The Ghost On Kashmir? 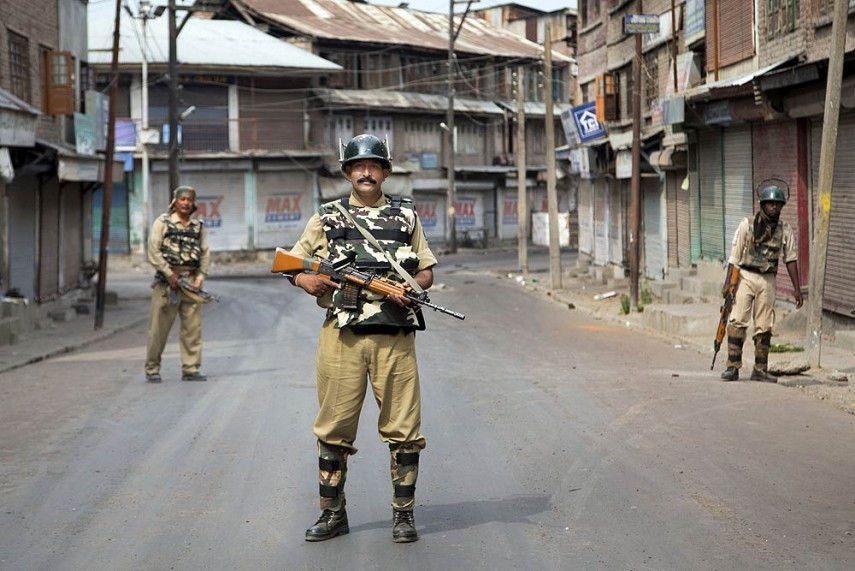 From blanket coverage of the protests in Kashmir on TV immediately after Burhan Wani's encounter killing to the near pindrop silence now, what has changed that has put Kashmir off the menu of news TV?

Given the lack of coverage one would imagine that all is "normal" in the state which otherwise is in turmoil as evidenced by activity on twitter. That too is being curtailed with the Modi government allowing its trolls to put forth the Parivar's view on social media while snuffing out Kashmiri voices from accessing the Internet and Twitter or Facebook to report their anguish to the rest of India and the world.

Not all is well. Omerta has been necessitated by Prime Minister Narendra Modi's admonishment of the media for "making Wani a hero" and Information and Broadcasting Minister Venkaiah Naidu killing any anti-mainland view by asking how can any "Indian have sympathy for Burhan Wani?".

Or, even worse, the newshounds have given up the ghost on Kashmir. The way the TV media latched onto the Supreme Court verdict in Arunachal Pradesh was like a hungry Hindu non-vegetarian digging into chicken after Dussehra festivities that prohibit consumption of meat. If you can't touch Kashmir, skewer the government on the Arunachal embarrassment seemed to be the plan.

Kashmir was missing from TV, barring shows by anchors from Srinagar, but only for those happy to be sitting in the pocket of the BJP leadership. Like every other time, when these TV stars go to the conflict zone with their camera crew, it is usually in the most sanitised part of clichéd Srinagar. Not a single shot outside Lal Chowk — the hinterland can be awash with atrocities but the anchor is more bothered about the protective armour of the security personnel. It has been already decided that the security personnel are the heroes and the Kashmiris, well, can stay under curfew.

The saving grace in this post-Wani killing violence have been the newspapers. The national newspapers have been pretty stellar in their coverage making up for the loss of TV gonads, oops, coverage though the column centimetres and the treatment has taken an escalator to the basement.

With its alliance in power in Jammu and Kashmir, the BJP has landed itself in a situation of responsibility but apart from rushing eye doctors to treat hundreds blinded by "non-lethal" pellet guns, at the insistence of the PDP, the government has not come out with a clear plan.

Unless, of course, the Omerta imposed on the news media is considered governmental action.