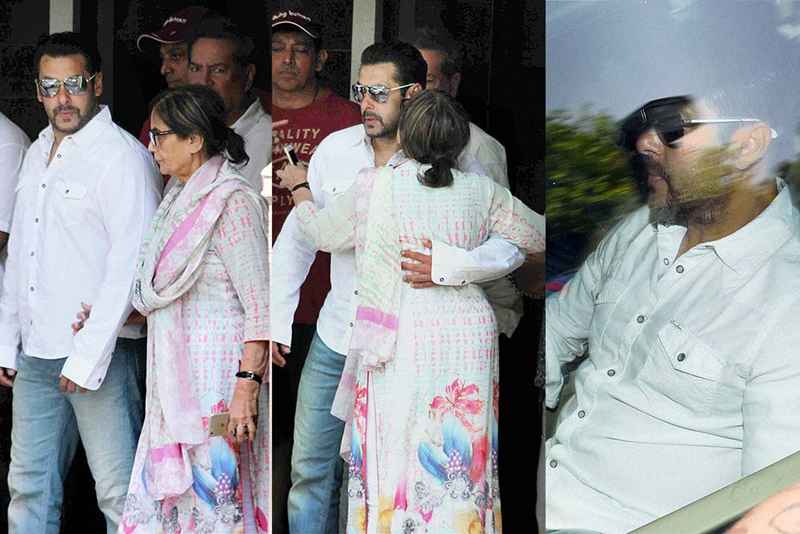 In a topsy-turvy 2002 Mumbai hit-and-run case that succeeded to keep the Bollywood Dabangg  on toe for thirteen long years, the verdict is finally out! A Mumbai Sessions Court held the actor guilty of all charges, sentencing him five years of jail term.

He has been convicted under Section 304(2) of the Indian Penal Code (IPC), i.e., culpable homicide not amounting to murder. As the court delivered the verdict, Salman had tears in his eyes and stood silently in the dock.

The high profile case that paved the way through 28 witnesses, sustained enigma in the hearts of  millions of fans like some typical high-tension drama film.

The social media reacted very strongly to the verdict and hailed the Indian judiciary...

Salman Khan sentenced to five years in jail http://t.co/gtwqrSqiLw. Salute Justice Deshpande for standing up to all pressures for truth.

#SalmanVerdict Hema Malini says her sympathy with Salman, but what about that man who lost his life and others who are injured ?

So it's breaking news that the entire Khan family broke down in court. Have they shown the tears of the family he destroyed?#SalmanVerdict

1 day gap in announcing the sentence for Salman Khan is so that he can get a medical certificate to avoid jail time? #SalmanVerdict

The biggest victim here has been constable Patil who the system let down, the media & the junta forgot about. #SalmanVerdict

Liar witness driver Ashok Singh should get min 20yrs prison coz nobody should lie in the court. #SalmanVerdict

Can't understand the view that #salmankhan given exemplary punishment for being a celeb. For God's sake, someone died here. #SalmanVerdict

I think the poor guy who died 13 years ago would have preferred life over beauty #SalmanVerdict https://t.co/YwWcOpfmBO

Yes he is a star but he is also a citizen of a country whose court announced a verdict, separate the two please from here on #SalmanVerdict

While the other star-struck section felt sorry for the superstar.

at least the judge cares about Indian cinema #SalmanVerdict

Where entire world is sad coz of #SalmanVerdict #UTV is announcing release dates of their films. This is Bollywood No sympathy no emotions.

Mukesh ambani's son drinks and drives, kills 2, nobody comes to know. Justice should remain equal for all. #SalmanVerdict