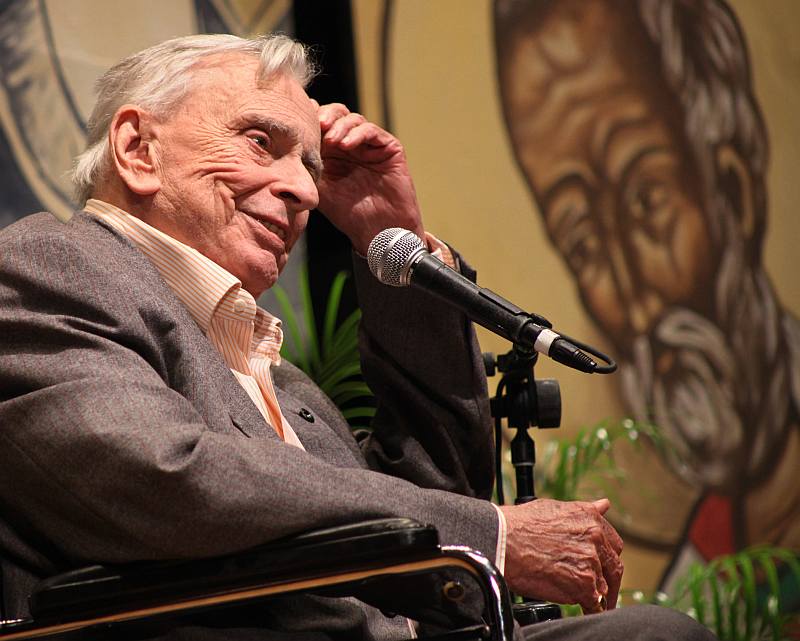 Gore Vidal, the elegant, acerbic all-around man of letters who presided with a certain relish over what he declared to be the end of American civilization, died on Tuesday at his home in the Hollywood Hills section of Los Angeles, where he moved in 2003, after years of living in Ravello, Italy. He was 86.

The cause was complications of pneumonia, his nephew Burr Steers said by telephone.

Mr. Vidal was, at the end of his life, an Augustan figure who believed himself to be the last of a breed, and he was probably right. Few American writers have been more versatile or gotten more mileage from their talent. He published some 25 novels, two memoirs and several volumes of stylish, magisterial essays. He also wrote plays, television dramas and screenplays. For a while he was even a contract writer at MGM. And he could always be counted on for a spur-of-the-moment aphorism, putdown or sharply worded critique of American foreign policy.

Incidentally, he wasn't the one who said "Never have children, only grandchildren." This was said by Vidal's maternal grandfather, Thomas Pryor Gore, as recalled by Vidal: "My grandfather, Senator Gore ('I never give advice') was suddenly Polonius; he also changed his usual line from 'Never have children, only grandchildren' to 'Be not fruitful, do not multiply.' [Palimpsest, ch. 3: The Desire and the Successful Pursuit of the Whole]

*In a 2009 interview to the Vanity Fair, he brought his estimation of Warhol’s I.Q. down to 20 and said Warhol “always saw to it that he’d get invited anywhere.”