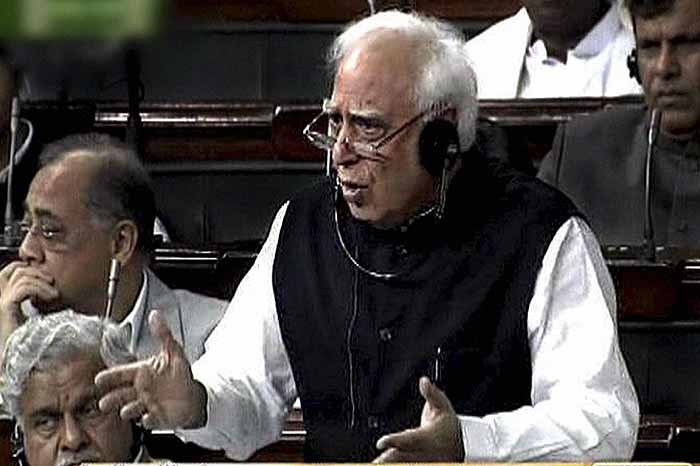 Mr Kapil Sibal was quoted by the Hindu today as saying that "he had been left with no choice" because the internet companies "refused to delete incendiary hate-speech."

In response, Google pointed to its Transparency Report which effectively demolishes Mr Sibal's claims, as it points out that out of 358 items requested to be removed in the period Jan-June 2011, only 8 requests pertained to hate speech, while there were as many as 255 complaints against "Government criticism".

“We believe that access to information is the foundation of a free society. Google Search helps spread knowledge, enabling people to find out about almost anything by typing a few words into a computer.  And services like YouTube and Google+ help users to express themselves and share different points of view.  Where content is illegal or breaks our terms of service we will continue to remove it.”

Mr Sibal's claims fail to stand up to scrutiny and are contradicted by another, yet unpublished, draft report by the Centre for Internet and Society (CIS) which shows that intermediaries are erring “on the side of caution” and "over-complying after complaints are filed" and that free speech on the Internet in India is already being curtailed in a “chilling” manner.

The NYT blog today points to two such examples of over-compliance from this CIS study:

1. The researcher objected to a comment below an article on a news Web site about the Telangana movement, which aims to create a separate state in Andhra Pradesh. The comment, which was well-written and not obscenity-laced, condemned the violence in the Telangana movement and called its leaders selfish, but supported the cause over all. The researcher wrote the intermediary that the comment was “racially and ethnically objectionable” and “defamatory.”

The researcher received no written response, but within 72 hours the intermediary had taken down not just the “offensive” comment, but all 15 comments that were published below the article.

2. The researcher sent a take-down notice to another intermediary, defined as a “host and information location tool,” asking that it remove three links provided on its search engine after entering the words “online gambling.” The links, the researcher complained, were “relating or encouraging money-laundering or gambling,” which is illegal under the April rules.

The intermediary wrote back to the complainant, saying that the intermediary’s search engine was a “mere conduit” with no control over the information passing through its platform.

But it subsequently removed the three links mentioned in the take-down notice, and all other URLs of the three Web sites, including their subdomains.

Citing the same as yet unpublished study, The Legally Indian blog notes:

The only response that was rejected outright was a facetious takedown request to a shopping portal that an ad for baby’s diapers “harmed minors” by potentially causing babies’ rashes.

“This is just the tip of the iceberg,” commented Abraham, adding that he was told by at least one major international intermediary company operating in India that it was “constantly” receiving takedown requests.

“Our empirical research demonstrates that intermediaries are unable to make the subjective test that is required of them,” he added. “They are highly risk averse and they often choose to completely comply with the person sending a takedown notice.”

“There is clear anecdotal evidence that […] the recently notified rules have a chilling effect on freedom of speech and expression, and that there is no transparency or accountability.”

“What we have is a private censorship regime that is alive and kicking in India.”

At the CIS blogs, Pranesh Prakash points out how Online Pre-Censorship is Harmful and Impractical,  after noting that there can, of course, be reasonable limitations on freedom of speech as provided in Article 19 of the ICCPR and in Article 19(2) of the Constitution:

What he [Kapil Sibal]is proposing is not enforcement of existing rules and regulations, but of a new restriction on online speech. This should have, in a democracy, been put out for wide-ranging public consultations first...

The more fundamental disagreement is that over how the question of what should not be published should be decided, and how that decision should be and how that should be carried out, and who can be held liable for unlawful speech...

...Newspaper have editors who can take responsibility for content in the newspaper. They can afford to, because the number of articles in a newspaper are limited. Youtube, which has 48 hours of videos uploaded every minutes, cannot. One wag suggested that Mr. Sibal was not suggesting a means of censorship, but of employment generation and social welfare for censors and editors. To try and extend editorial duties to these 'intermediaries' by executive order or through 'forceful suggestions' to these companies cannot happen without amending s.79 of the Information Technology Act which ensures they are not to be held liable for their user's content: the users are.

...Internet speech has, to my knowledge, and to date, has never caused a riot in India. It is when it is translated into inflammatory speeches on the ground with megaphones that offensive speech, whether in books or on the Internet, actually become harmful, and those should be targeted instead. And the same laws that apply to offline speech already apply online. If such speech is inciting violence then the police can be contacted and a magistrate can take action. Indeed, Internet companies like Facebook, Google, etc., exercise self-regulation already (excessively and wrongly, I feel sometimes). Any person can flag any content on Youtube or Facebook as violating the site's terms of use. Indeed, even images of breast-feeding mothers have been removed from Facebook on the basis of such complaints. So it is mistaken to think that there is no self-regulation. In two recent cases, the High Courts of Bombay (*Janhit Manch* case) and Madras (*Karthikeyan R.* case) refused to direct the government and intermediaries to police online content, saying that places an excessive burden on freedom of speech...

Pranesh Prakash goes on to say that the problem stems from the IT Rules that have been in force since April 2011:

While speech that is 'disparaging' (while not being defamatory) is not prohibited by any statute, yet intermediaries are required not to carry 'disparaging' speech, or speech to which the user has no right (how is this to be judged? do you have rights to the last joke that you forwarded?), or speech that promotes gambling (as the governments of Assam does through the PlayWin lottery), and a myriad other kinds of speech that are not prohibited in print or on TV. Who is to judge whether something is 'disparaging'? The intermediary itself, on pain of being liable for prosecution if it is found have made the wrong decision. And any person may send a notice to an intermediary to 'disable' content, which has to be done within 36 hours if the intermediary doesn't want to be held liable. Worst of all, there is no requirement to inform the user whose content it is, nor to inform the public that the content is being removed. It just disappears, into a memory hole. It does not require a paranoid conspiracy theorist to see this as a grave threat to freedom of speech.

Many human rights activists and lawyers have made a very strong case that the IT Rules on Intermediary Due Diligence are unconstitutional. Parliament still has an opportunity, till the 2012 budget session of Parliament, to reject these rules. Parliamentarians must act now to uphold their oaths to the Constitution.

For those who came in late, the story so far:

At the meeting, Mr. Sibal showed attendees a Facebook page that maligned the Congress Party’s president, Sonia Gandhi.  “This is unacceptable,” he told attendees, the executive said, and he asked them to find a way to monitor what is posted on their sites.

Dec 6, 2011: In his hurriedly called press conference in response to the above, Mr Sibal said, inter alia:

Dec 6, 2011: In response both Google and Facebook clarified their positions:

“We work really hard to make sure that people have as much access to information as possible, while also following the law. This means that when content is illegal, we abide by local law and take it down. And even where content is legal but breaks or violates our own terms and conditions we take that down too, once we have been notified about it. But when content is legal and does not violate our policies, we will not remove it just because it is controversial, as we believe that people's differing views, so long as they are legal, should be respected and protected."

"We want Facebook to be a place where people can discuss things freely, while respecting the rights and feelings of others, which is why we have already have policies and on-site features in place that enable people to report abusive content. We will remove any content that violates our terms, which are designed to keep material that is hateful, threatening, incites violence or contains nudity off the service. We recognise the government's interest in minimising the amount of abusive content that is available online and will continue to engage with the Indian authorities as they debate this important issue"