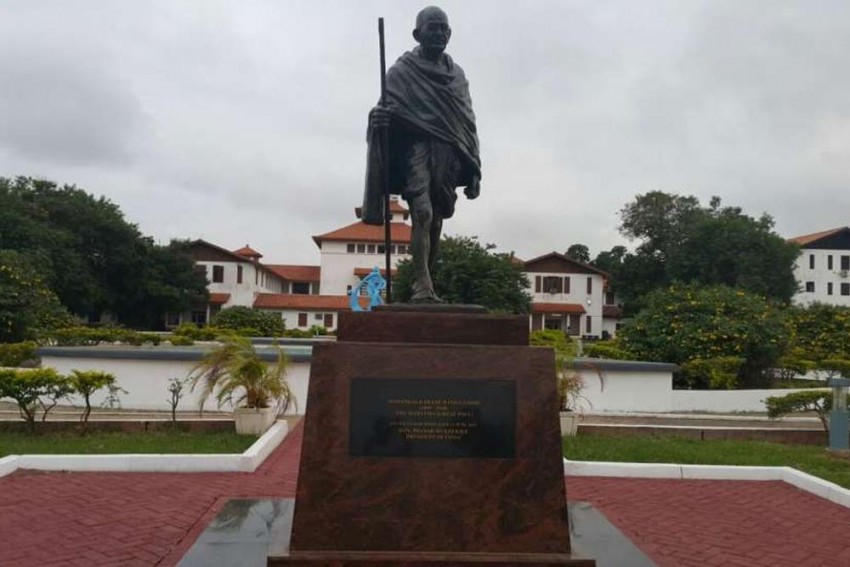 Gandhi statue at the University of Ghana
Siddhartha Mishra October 07, 2016 00:00 IST Gandhi Statue To Be Taken Down by Ghana Due To His 'Racist' Writings 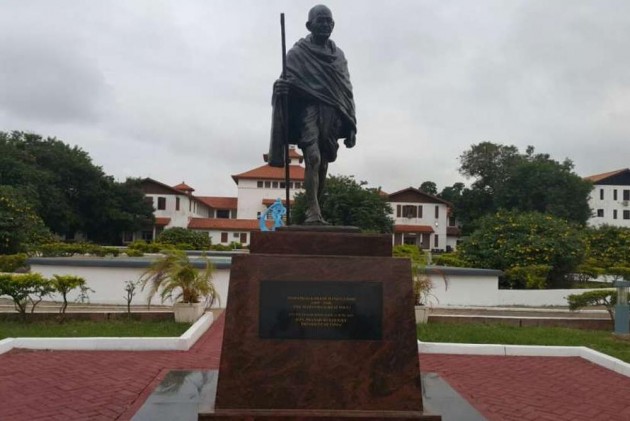 Ghana has taken the decision to remove a statue of Mahatma Gandhi which stood at the University of Ghana after protests by students and teachers who complained of Gandhi’s “racist identity”. A petition which was posted on change.org by the university’s professors on September 12th has already garnered 1,765 signatures so far and elucidates what has irked the Ghanaians.

The statue had been installed in June this year when President Pranab Mukherjee had visited the African country and it was supposed to symbolize friendship between the two countries. However, it led to students and professors at the University taking to the streets in protest and the petition also addresses the problems the statue posed.

“A general belief seems to prevail in the Colony that the Indians are little better, if at all, than savages or the Natives of Africa. Even the children are taught to believe in that manner, with the result that the Indian is being dragged down to the position of a raw Kaffir,” says the petition, quoting from Gandhi’s writings and highlighting his frequent references to black Africans as kaffirs, a racial slur. It also mentioned that Gandhi had campaigned in favour of the caste system in his time.

In a statement, the foreign affairs ministry of Ghana said that it had been “following with deep concern the acrimony” the protests had generated in the country. It however added that “While acknowledging that human as he was, Mahatma Gandhi may have had his flaws; we must remember that people evolve.  He inspired movements for civil rights and freedom across the world.”