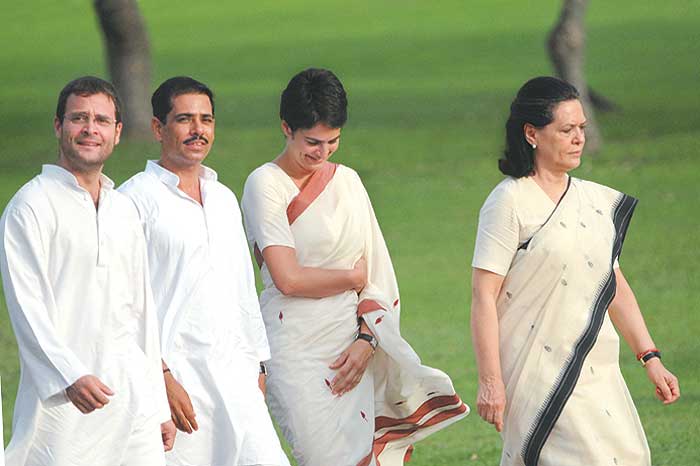 the Gandhis are probably the most opaque major politicians in the democratic world. They rarely speak to the media, and when they do it's not to critics. Their views on the pace of economic liberalization, the nature of the Maoist threat, or the roots of Islamist terrorism must be gleaned from a scrap of information here or a stray rumor there, say a book on counterinsurgency recommended by Mr. Gandhi to the prime minister, or his mother's packing an influential advisory council with assorted tax-and-spend do-gooders.

Most Indians haven't the faintest idea about whether the Gandhis see the rise of China as more of a threat or an opportunity. Or whether they think American influence in Asia is in India's interest or not. Or if, for them, the trouble with India's economy is too much capitalism or too little reform.

For the family, this opacity clearly has benefits. It keeps them above the fray of petty politics. It allows them to exercise power without responsibility. It gives them the flexibility to change political course on a dime.

But smart politics doesn't always generate good policy. Fostering a culture of opacity and public second-guessing about sensitive policy matters is no way to lead a major economy and an aspirant for great power status.

Read the full piece at the Wall Street Journal