National From 'Orator' To 'Liar', Irani Has Come A Long Way In 24 Hrs 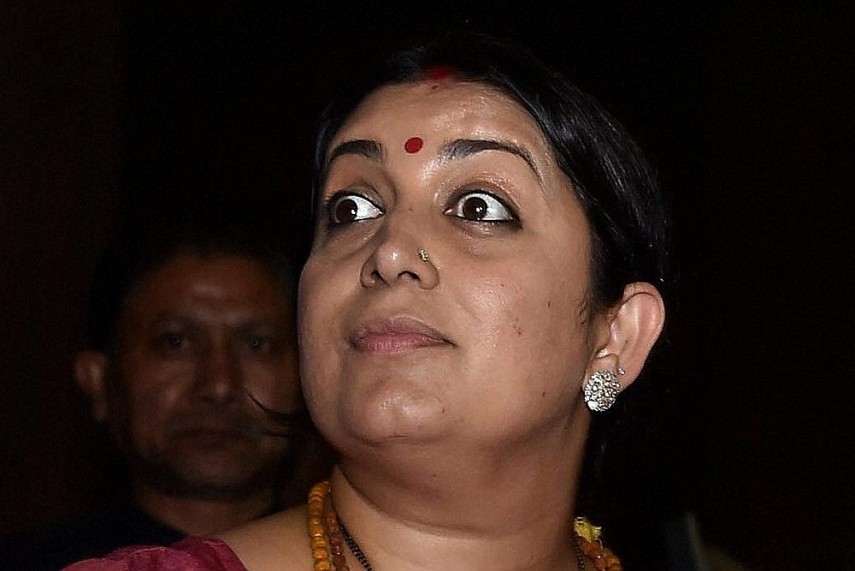 Union HRD Minister Smriti Irani's impassioned speech on Rohith Vemula and the JNU Row in the parliament took the country by storm. High on rhetoric, Irani's 'rousing' speech made headlines in all major media outlets, not to mention the furore it caused on social media.

While NDTV's headline talked of a confindent Irani pulping her critics in parliment, Indian Express waxed eloquent about her 'spirited and emotional' speech.

And while Irani was being hailed for her oratory skills, her speech was shared by none other than the other very skilled orator that the BJP has produced, the prime minister himself.

Narendra Modi tweeted a youtube link to Irani's speech saying 'Satyamev Jayate'. It has been retweeted over 17,000 times and liked over 23,000 times.

Unfortunately, Irani's stature as star-orator didn't last for very long. Rohith Vemula's family came out saying that the claims made by the minister in parliament about the research scholar's death were "absolute lies".

Vemula's mother said: "Smriti Irani, this is not a serial, this is real life. Bring out the facts, don't fabricate them."

Well, it didn't take very long for the headlines to change either. 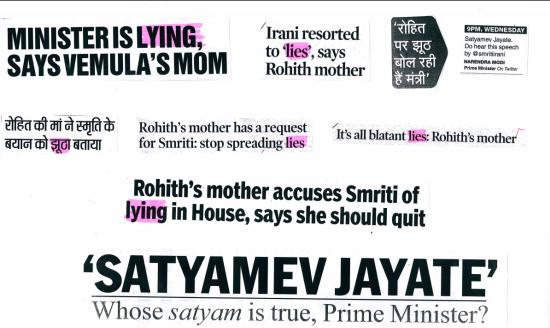