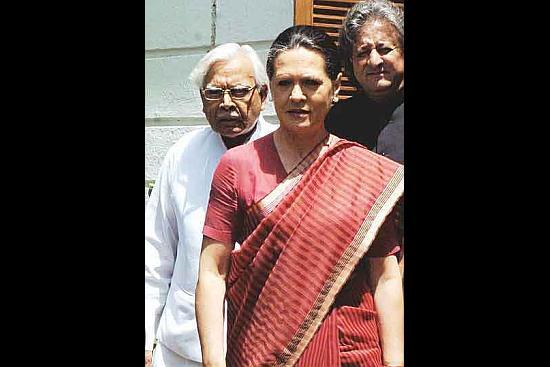 That it wasn't her "inner voice" but Rahul Gandhi's threat 'to go to any extent' if Sonia accepted Prime Minister's post in 2004 because of his fear for her life, was not the only sensational disclosure in K.Natwar Singh's interview to promote his forthcoming book. The Indian Express reported that he had gone on to call the Congress President Sonia Gandhi as:

...a “prima donna” who has evolved over the years from being a diffident, nervous, shy woman to being ambitious, authoritarian, capricious and obsessively secretive. In the conclusion to this section, he writes that “her public image is not flattering… politics has coarsened her”.

“Sonia very discreetly monitored the functioning of the most important ministries in the government, displaying a Machiavellian side to her character”.

This was met with Sonia Gandhi responding:

"I will write my own book and then you will come to know everything. The only way truth will come out is if I write. I am serious about it and I will be writing"

On a slow news day, with only John Kerry's sweet sycophantic supplications ['Sabka saath sabka vikas is like Obama's own thought'] providing cringe-making entertainment—even almsot embarrassing the bhaktas [What, he would end the visit with a spirited cry of "maNdir vahiiN banaaeNge"?]—Twitter was bound to step in, in its ever-helpful way, this time to suggest possible names for Sonia Gandhi's proposed memoirs.

We present only a selection: