From Bizarre Pants To Funky Hats 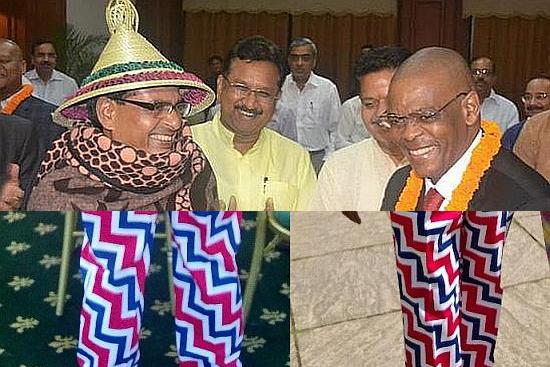 It just seems to be that sort of a day today. First it was the pictures of Chandrababu Naidu dressing himself up as an Arab to attend an iftaar dinner.

And then commentator Harsha Bhogle livened up proceedings on Twitter with a series of tweets earlier in the day:

bet you never saw kapil dev in these trousers! at the botham charity day pic.twitter.com/LbqjBVeNhR

As he was to immediately clarify:

those trousers that kapil is wearing are team uniform!

ok, brace yourself for the next photograph!!

And if that was not enough excitement of the day, we have one more entry for the attire of the day, but that is perhaps just the Madhya Pradesh CM trying on the attire from the region of a visiting dignitary: