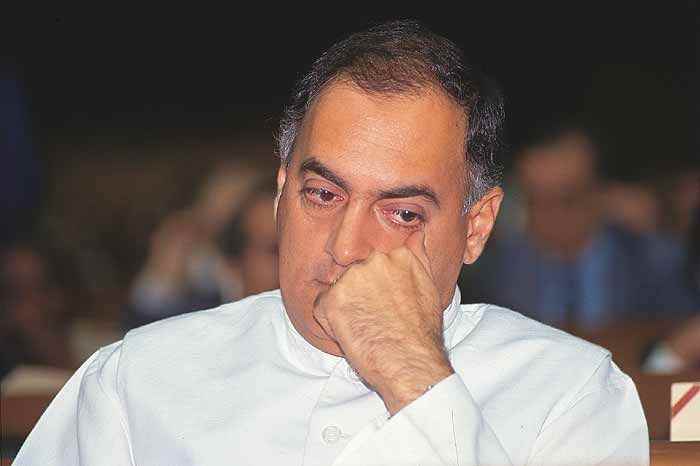 Writing in the Indian Express, Ritu Sarin quotes from a new book, Unknown Facets of Rajiv Gandhi, Jyoti Basu and Indrajit Gupta, by Dr A P Mukherjee who served as CBI director between 1989-90 that Rajiv Gandhi wanted commissions given by defence suppliers to be pooled and used to fund the "inescapable expenses of the party": Rajiv Gandhi told me to use arms deal payoffs for party funds: Ex-CBI chief

Sarin quotes from Mukherjee's book that he claims to have kept quiet for years because he didn't want to betray the former prime minister's trust, something he could never think of doing:

"However, at this distant time and that too long after his tragic death, I owe it to posterity to narrate the full and complete disclosure of all that transpired between the two of us during this memorable coffee meeting with this remarkable human being whose trust I was privileged to receive in ample measure."

Alluding to a June 1989 conversation, when he was the additional director of the CBI, Mukherjee writes that Rajiv Gandhi told him during this meeting that a lot of money is required to run a large party like the Congress:

"The requirement assumes a huge proportion on the eve of assembly and/or parliamentary elections. This leads to massive fund collections by important party functionaries all over the country, which leads to an almost unbreakable unholy quid pro quo nexus between unscrupulous party functionaries, ministers and businessmen. I could sense this as the party's general secretary or even as its youth leader earlier,"

Mukherjee says that towards the end of 1984, Rajiv Gandhi came to know that some

"senior officers of the armed forces had been surreptitiously collecting huge amounts of money as 'commissions' in respect of most of the defence purchases, quite often in connivance with some ministers, middlemen and civilian officers as well"

"Rajiv Gandhi was very clear that commissions paid as a routine by most defence dealers should be properly accounted for and not siphoned off by dishonest officials of the armed forces and politicians...he wanted such payments to be pooled and accounted for..."

"[Rajiv Gandhi] discussed this problem with some of his trusted colleagues and advisers when it was suggested by some that all commissions as payable or usually paid to middlemen should be banned but the commissions to be given as a matter of routine practice by the suppliers of major defence materials could be pooled under the care of some non-government entity which could be utilised solely for the purpose of meeting the inescapable expenses of the party.

"As Rajiv Gandhi further stated, such a step would largely prevent the collusive nexus between the middlemen, ministers, bureaucrats and that such a step could enable the government to do away with the quid pro quo relationship with some unscrupulous businessmen and equally unscrupulous politicians and bureaucrats.

"Hence he endorsed the same. He also indicated that he favoured some legislation in line with the practices of some of the western countries where contributions to party funds by business houses and industrial houses and individuals were allowed with provisions for their proper accounting, auditing and public disclosure. But the wild, motivated and widespread adverse publicity obscured the prospect of proceeding further in the above manner."