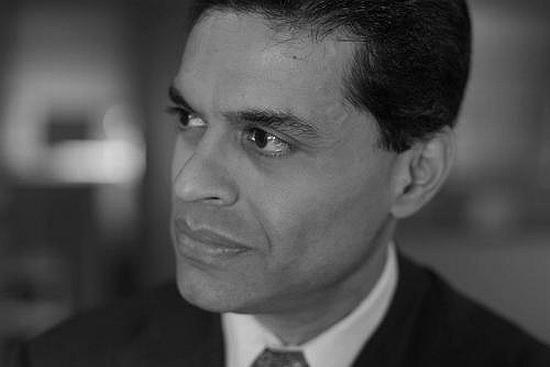 Twitter duo  @blippoblappo & @crushingbort who busted Buzzfeed recently are back in news, this time with the claim that one of the USA’s "most prominent journalists has a history of lifting material in his work across several major publications – despite public assurances from his employers that a previous plagiarism scandal was only an isolated incident."

These are all articles that were written before the plagiarism scandal in August of 2012. In other words, these passages ostensibly would have been part of the reviews conducted by CNN, TIME and the Washington Post. Unless otherwise noted, none of the examples listed here have any kind of citation (hyperlink or otherwise) to the sources Zakaria lifted from.

The duo conclude their charge-sheet with A QUESTION FOR TIME, CNN, AND THE WASHINGTON POST:

Fareed Zakaria is not a twenty-something digital media blogger charged with putting together Jurassic Park listicles. Fareed Zakaria is a news editor and a New York Times bestselling author who holds a B.A. from Yale and a Ph.D. from Harvard. In other words, someone who should be more than familiar with proper citation by now. The above examples are from a span of less than two years and do not include his work since, his columns at Newsweek from 2001-2010, or the books he wrote before 2012.

As we mentioned before, Buzzfeed’s in-house review of Benny Johnson’s work last month turned up numerous more examples of plagiarism. It’s not unreasonable to conclude that a thorough review took place. But the same can’t be said for the outlets that ran Zakaria’s work. These examples raise far more serious questions about the integrity of Zakaria’s editors at CNN, TIME, and the Washington Post, all of whom claimed to have conducted similar reviews and found nothing. In the light of our findings, we have to call bullshit. It took less than an hour and a few Google searches for us at Our Bad Media to find an example of lifting in Zakaria’s columns written before the 2012 plagiarism scandal. So we’re left to wonder: did TIME, CNN, or the Washington Post actually conduct good faith reviews of Zakaria’s work? Have they since?

Read the full charge-sheet: at Our Bad Media: Did CNN, The Washington Post, and TIME Actually Check Fareed Zakaria’s Work For Plagiarism?

On Not Talking To Pakistan: Commentariat