In an industry where the biggest of film stars prefer to remain politically correct, if not mum, it is certainly rare for an A-lister actor to take sides on as big an issue as this, knowing fully well the ramifications of her move. 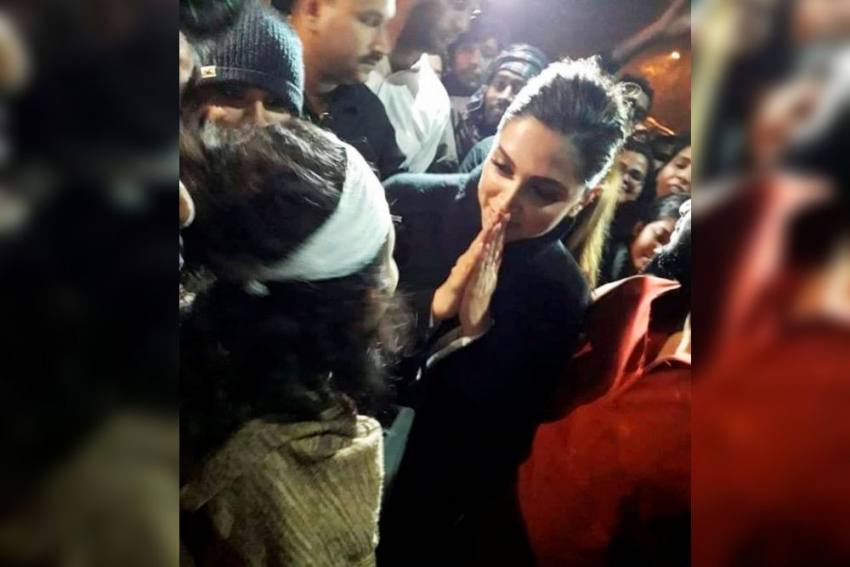 Bollywood actor Deepika Padukone visited the Jawaharlal Nehru University to express solidarity with students who had been attacked.
PTI Photo
Giridhar Jha January 08, 2020 00:00 IST Brave Of Deepika Padukone To Take A Stand When Mum Is The Word For Big Bollywood Stars 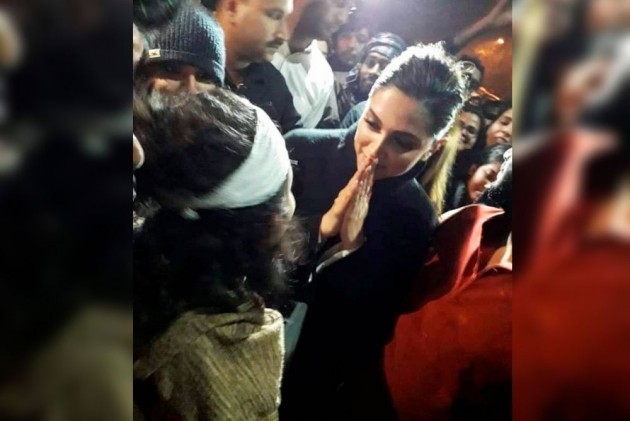 Deepika Padukone, the reigning empress of Bollywood, may well have lost thousands of fans but also gained an equal number of them at the same time in the last few hours – all because she chose to visit Jawaharlal Nehru University (JNU) on Tuesday to lend support to the students protesting against the recent violence on the volatile campus.

Bouquets and brickbats are pouring in for the feisty 34-year-old in equal numbers from the opposite camps for her decision. Those in support of her are hailing her as the veritable champion of democratic rights but knives are also out with her detractors accusing her of having kicked up a controversy with a view to boosting the prospects of her upcoming movie, Chhapaak, which is due for release next Friday.

Whichever way one looks at it, there is no denying the fact that it was quite a brave act on part of the Padmaavat (2018) actress to have come out openly in support of the students' agitation, which is largely being seen as anti-establishment in nature. In an industry where the biggest of film stars prefer to remain politically correct, if not mum, it is certainly rare for an A-lister actor to take sides on as big an issue as this, knowing fully well the ramifications of her move.

Ever since she visited JNU campus, scores of people have been calling for the boycott of Chhapaak, a Meghna Gulzar movie, despite the fact that it is based on one of the burning social issues: acid attack. Even though there has been a swift counter-call on social media to people to watch Chhapaak in big numbers in order to support Deepika, there is no doubt that she has taken a calculated risk. Even if ten per cent people pay heed to the Chhapaak boycott call, it might harm the movie at the box office. Unlike Hollywood where big movie stars like Robert De Nero and Meryl Streep’s criticism of POTUS has no impact whatsoever on the fate of their films, people in India generally do not separate the reel and the real roles of an artiste. More often than not, a movie is targeted here because of the individual stand or opinions of an actor or a film-maker associated with it on a seemingly contentious issue.

Opinion | JNU Represents Everything Repugnant To RSS’s Idea Of Nationhood

And that is what Deepika has been facing now. It is not as though she may not have been aware of its fallout. She is, of course, backed by a very smart PR team, which may have weighed the pros and cons of her move, but it would not be proper to dismiss her visit merely as a blatant exercise to promote her film. After all, she is not only the lead actress but also making her debut as a co-producer. There was no need for her at all to resort to it as a risky promotional gimmick just to hard-sell her movie at the eleventh hour. At this juncture of her career, success or failure of one movie would not make a difference to her stature or her coffers, but her action certainly had the potential to ruffle many feathers, not to speak of the extremely hostile reactions from the trolls, many of whom many have been her die-hard admirers before this episode.

It is precisely because of this reason that in Bollywood, a majority of stars steer clear of any controversial issue. Some of them who have dared to do it in the past had to pay a price for it. When Aamir Khan spoke about the Sardar Sarovar dam issue a few years ago, there were protests all over in Gujarat against his next release, Fanaa. Big stars such as Aamir and Shah Rukh Khan also faced flak when they spoke about the alleged intolerance in society some time ago. Such incidents definitely deter Bollywood biggies from speaking their mind out without fear. It, therefore, makes Deepika all the more worthy of the applause because she has chosen to take a stand on the violence against students on JNU campus, regardless of whether it would harm or boost her upcoming movie, irrespective of whether it smacks of a professional motive or not. In a democracy, if every big celebrity or a social influencer has the individual right to keep mum, they also have the right to speak out whatever and whenever they feel like.