Early Indian Tradition Is One Of Rationality And Questioning: Romila Thapar 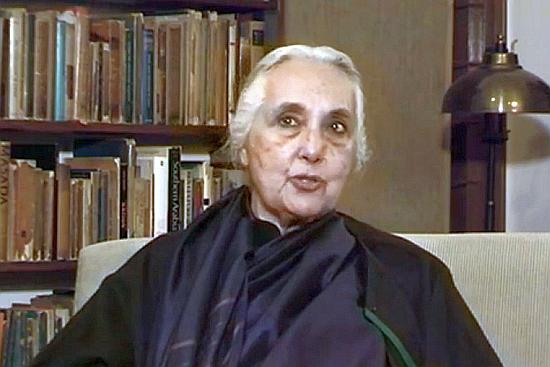 Prof Thapar emphasised on the importance of questioning and said, "The  function of the public intellectual is to make knowledge accessible and protect it from distortion, it is essential that knowledge advances through questioning."

An author of path breaking approaches to history, from Asoka and the Decline of the Mauryas to Past As Present: Forging Contemporary Identities through History, Professor Thapar said: "Our early Indian traditions were questioning and skeptical always testing knowledge through the prism of rationality, and today faced with the political challenges dictated by the current regime in Delhi, it is essential that we proudly claim this tradition and not succumb to pre-dominant, irrational discourse...Young persons must learn to understand that the very purpose of education is that we have an intelligent approach to knowledge gathering."

Prof Thapar also delves into the sensitive issues of the gender dimensions of history, critical thinking and the constant duality within the Indian tradition that Megasthenes described as the two parallel streams represented by the 'Brahmans' and the 'Shramans' which offers a complex understanding of our past that is invaluable.

She also discusses Asoka’s Dhamma and the Kalinga War, the great monarch and his relationship with the people and the true historiography behind the narrative of the Somnatha temple and its destruction.

"The need of the hour in India is for a real History of Science to be attempted. This is needed to ensure that real achievements from early India are explored not as irrational claims but in understanding how true knowledge in all fields emerged from deep observation and evolved with rigorous scientific testing," said Thapar.