Rahul Gandhi has acquiesced to a demand that emanated out of petty infighting in the Kerala unit of the Congress -- Wayanad is not a constituency chosen out of some coherent strategy. And the deeper problem: it also pits the Congress against the Left. That's confused signalling. 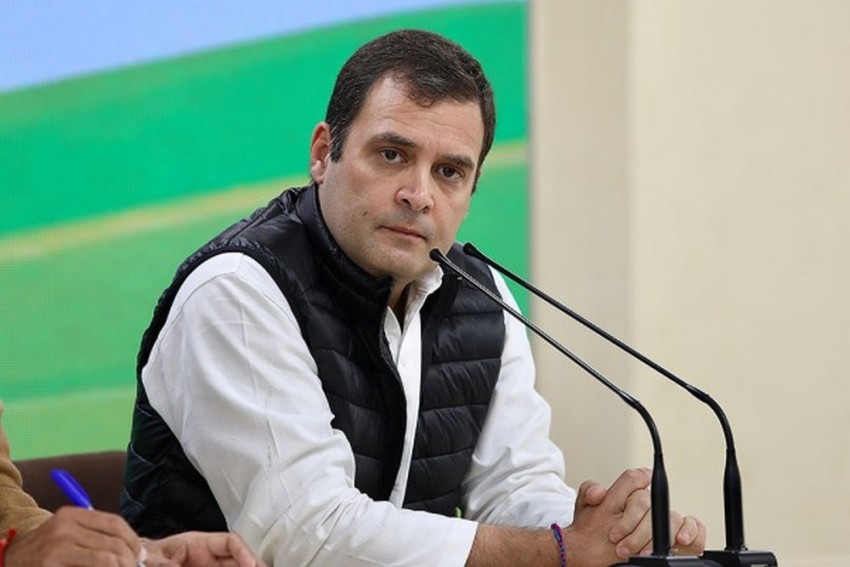 Congress president Rahul Gandhi will contest from Wayanad in Kerala, besides Amethi in UP
PTI File
Sunil Menon March 31, 2019 00:00 IST Double Negative: Why Rahul Gandhi Could Have Avoided Those Hairpin Bends Of Wayanad 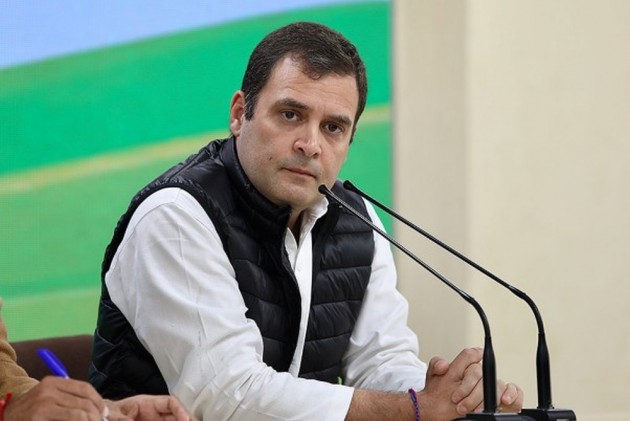 A few days ago, when Rahul Gandhi contesting from Wayanad in Kerala was still a matter of speculation, I had framed a serious question in a jokey, rhetorical way:

"If Rahul Gandhi has to climb the Ghats, why not go the whole hog and trek up to Pathanamthitta, where he can explain his party's wonderfully flexible and democratic stand on Sabarimala?" That's the constituency where the temple is situated -- of course, he has spared himself (and countless TV anchors) the onerous task of having to pronounce 'Pathanamthitta' over and over again. But that jocular question now acquires some serious urgency.

First, an instant judgement: Kerala is the wrong choice...the wrong field to sow. It's already a reasonably strong party there.

Even if Wayanad is at a trijunction of states, and fighting from there can have a ripple effect across neighbouring states in the south, that purpose could have been easily served by contesting in any of those states.

Indeed, Karnataka, maybe even Andhra Pradesh, would have been a better choice in terms of regenerating the party's old catchment areas. The Congress is fighting a grimmer battle with higher stakes in Karnataka. And Andhra is one state where its old imprint has more or less vanished. A thorough reckoning of party interests would have taken him to any of the other states.

Indeed, spare a thought for Tamil Nadu too. A high salience for the family, but a near-empty bank account. A friendly Stalin would have gladly hosted him, the speeches would have been equally aligned against a common foe, and the ripples could have been bigger.

By going for Kerala, Rahul Gandhi has forfeited that chance, gained nothing much in return, and run into some avoidable paradoxes.

For starters, Rahul Gandhi has acquiesced to a demand that emanated out of petty infighting in the Kerala unit of the Congress -- Wayanad is not a constituency chosen out of some coherent strategy. And the deeper problem: it also pits the Congress against the Left. That's confused signalling.

By opting for Kerala, another issue looms large. What is the politics that Rahul will uphold and speak on behalf of, besides welfarism? The timid reactionary politics everyone saw during the Sabarimala controversy? Where the difference between the BJP and the Congress pretty much vanished? Not the cleanest way to etch out a contrast.

The party's stand on Sabarimala -- to which Rahul had willy-nilly ceded despite his own instincts being at variance -- was far more troubling than his cosmetic temple-hopping elsewhere. If anyone could, it was the Congress that could have worked to create a middle ground of opinion. But faced with a genuine demand on its intellectual and ideological resources, it ran towards the safe option of blatantly voicing the conservative reaction.

It is to that ideological vacuum that Rahul Gandhi now ventures personally.

A whole lot -- okay, farrago -- of other questions open up too. For instance, as Kerala CM Pinarayi Vijayan has been saying for days, this now becomes a fight with the Left. Perhaps it's a stroke of luck that the alliance in Bengal didn't work out! It would have taken all of Shashi Tharoor's sophistry to explain that away in Wayanad.

Less facetiously, Pinarayi is an exemplar of that Rooseveltian maxim...speak softly, and carry a big stick. The battle on the ground will be bruising. Sure enough, the TV headlines didn't take long coming -- "Will defeat Rahul Gandhi in Wayanad: Prakash Karat" just flashed by.

Even if that doesn't happen, it's bad optics overall on the Opposition side -- a waste of mental and political resources all around. Politically speaking, a sharper and less triangulated fight was any day preferable.

It was UPA-I that initiated some of the most urgent policy correctives to address the gaps left by liberalisation. And as indices now show, it was the best time for growth as well -- proof that deepening welfare is not incompatible with growth, it deepens growth.

The suicidal Prakash Karat line is singularly responsible for bringing that to an end. The Left went from 60-plus to 30 or so, and thence to the ignominy of single digits. The Congress went paralytic in UPA-II and tumbled to 44. The field was left fallow for their common foe, the BJP, to sow its whirlwind.

Rahul Gandhi contesting from Wayanad, and Left puritans licking their chops in anticipation, only furthers that politics of attrition which brought the two parties to their current atrophy.