Don't Know The 'Eagles of Death Metal'? Here's A Playlist 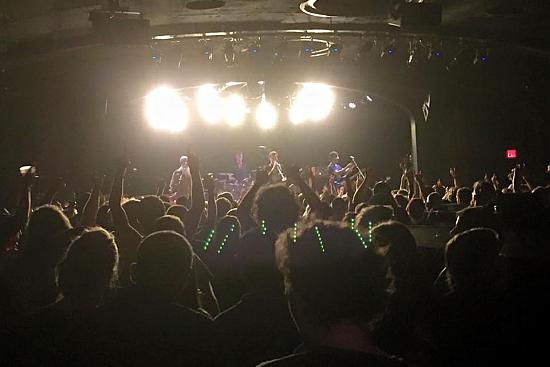 89 fans of Eagles Of Death Metal were slaughtered by IS gunmen at the Bataclan Concert Hall in Paris on Friday, November 13 as a part of the the series of explosions and shootouts that swept through the French capital killing 129 people and leaving alost 300 injured.

The band from California had just started singing one of their favourites 'Kiss the Devil' when Kalashnikov-weilding gunmen walked in and opened fire.

Fundamentalists hate oxymorons. What does not fit into convenient and clear-cut conceptual categories is frightening to them, and must be eliminated. Hence for example the imposition of the most rigid gender roles in fundamentalist societies, which ISIS has elevated to new extremes in the territories under its control.

The original Eagles, led by Don Henley and Glenn Frey, were the quintessential soft-rock outfit, who in 1972 unleashed on the world their painfully mellow hit, “Peaceful Easy Feeling.” This music is the natural and total opposite of death metal, and in this respect to be an “Eagle of death metal” is a conceptual impossibility.

The band is actually associated with the microgenre of “desert rock,” a fairly innocuous variety of fun-loving 1970s-inspired blues rock.

Mashable reports how fans have started a campaign to make their "brilliant version of "Save A Prayer" to the UK No. 1 spot as a show of support to the band and all of those affected."

In case you have never heard some of their music, we put together five of their best: