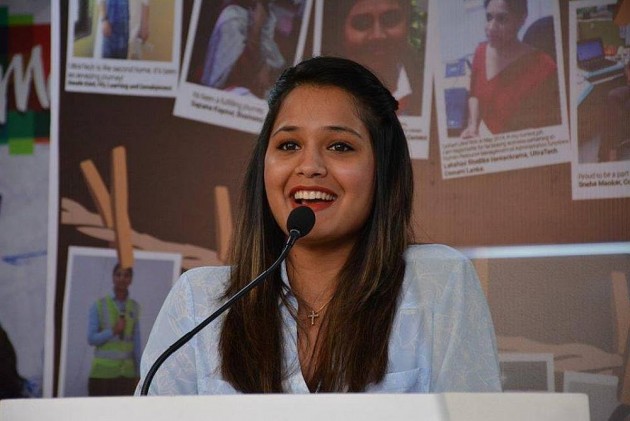 Dipika Pallikal recently made headlines for refusing to be a part of the National Squash Championship.

Pallikal's absence at the National Squash Championship for the fourth year in a row has received mixed response from the sports fraternity. While some still stuck to how a sports person should 'play for the country and promote true sportsman spirit', Pallikal stood by her stance and refused to attend the event till equal prize money is assured to both men and women players. What is noteworthy here is the fact that Dipika is the highest ranking Indian squash player, her ranking being considerably higher than her male counterparts.

A PTI report which appeared in Firstpost on the same had Dipika voicing her reason behind this decision:

Pallikal, who has Kerala roots, wanted to compete in the first ever Nationals in the state but with the prize purse being bigger for men, she decided to give the tournament a miss for the fourth year in a row. The 23-year-old last played the Nationals in 2011, when she won her first and only title till date.
"The reason is the same why I haven't played in the last three years. I feel we deserve equal pay like most of the tournaments which are becoming equal prize money on the PSA professional circuit," Pallikal, the sole Indian to break into World's top-10, told PTI.

The issue raised by Pallikal is one that had been raised by Billie Jean King over 30 years ago. Though Pallikal and Jean King belong to different sports, their cause is the same.

Another article in Sports Rediscovered  says:

Breaking the glass ceiling is no child’s play. Pallikal might not have Herculean shoulders. What she does have, is the will to fight for what is right. Lamentably, though, the burden seems to be her’s alone to bear. Many have lashed out against the player, citing the good old ‘playing-for-the-country‘ adage. The common sense required to realise that this is an issue that transcends by many degrees all considerations merely national, seems to be missing from the Indian psyche. Our indifference has seen parity and rationality being shoved into the back burner. Perhaps it is about time we stopped playing the role of the fly on the wall, and stepped in to fight with Pallikal.

The twiterrati reacted to the sports star's strong stance:

Playing in Nationals should be a matter of national pride @DipikaPallikal . For the record u didnt play the 2009 & 2010 nationals too.

Did you know? @DipikaPallikal has won only one #NationalChampionship (2011) till date #Kerala

Wage disparity on the basis of gender has plagued Indian sports for long. Pallikal stands at a world ranking of no. 18 and has represented India in the Commonwealth Games and also has seven titles to her credit. At a time abound with talks of gender equality, is it fair for a woman sports personality to get paid less than half of what her male counterparts receive?