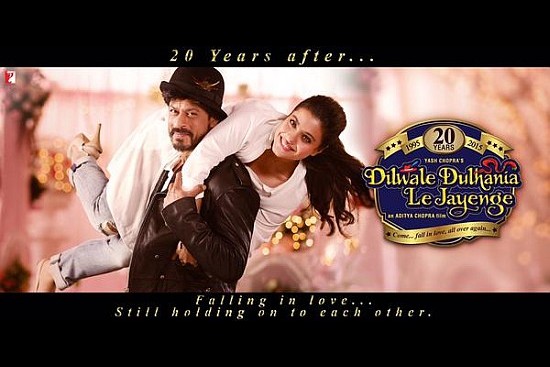 It's been 20 years since Dilwale Dulhaniya Le Jayenge hit the movie threatres to leave its indelible mark on the audiences.

The movie continues to enthrall people as one of the most iconic rom-coms that Bollywood has ever produced. The movie's biggest feat? People continue to hum the tunes of its innumerable songs, it's scenes — especially the one with Simran running after a moving train with Raj on it holding out his hand — continue to provide endless inspiration for countless memes and jokes on social networking sites and the movie itself has become the longest running film in the history of Indian cinema.

This 1995 blockbuster made Shah Rukh Khan and Kajol the leading couple of Bollywood. Now twenty years later, the couple came together to reminisce old times. Their chemistry? Still unparalleled.