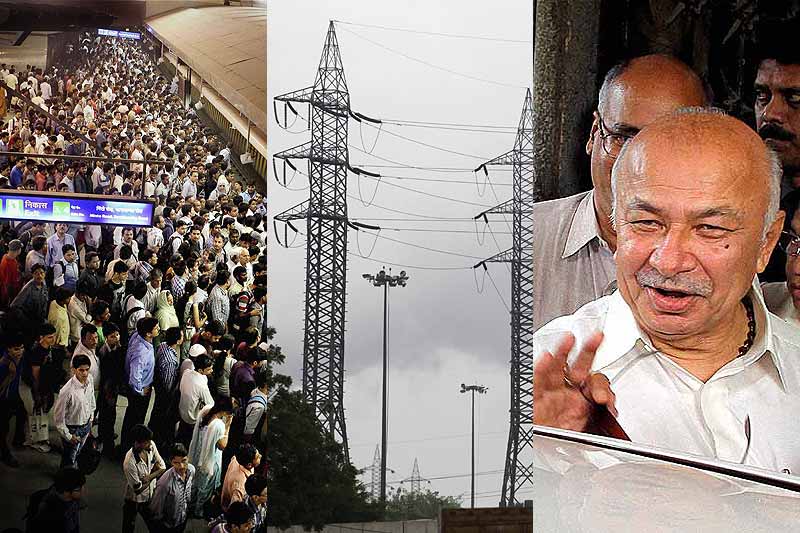 Yesterday it was the northern grid which tripped, and it repeated the performance today, with the eastern and north-eastern grids joining in, leaving more than 600 million Indians in 21 states powerless  for several hours today.

The irony could not have been starker, as the power minister Sushilkumar Shinde was elevated as home minister today while the erstwhile home minister, P Chidambaram, was made the finance minister to step into the shoes of Mr Pranab Mukherjee.

As the country struggled with the world's biggest blackout, corporate affairs minister M Veerappa Moily was given the additional charge of power ministry.