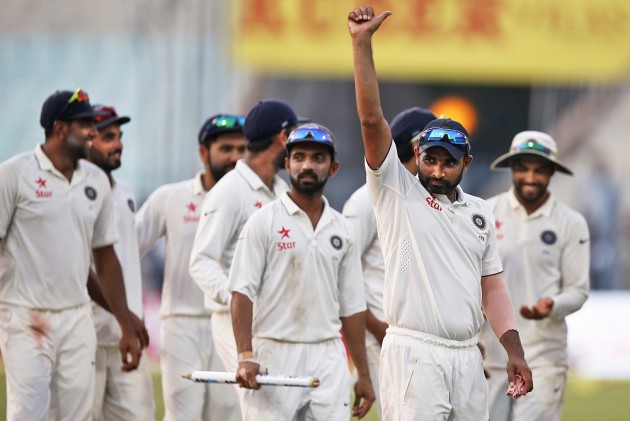 Good morning. Congratulations to team India and well, commiserations to the BCCI. While the Indian cricket team were out there winning the series against the kiwis and regaining the numero uno position in tests, the board was a bit inconvenienced. Yes Bank and the Bank of Maharashtra froze the BCCI’s accounts yesterday after the Lodha committee wrote to the SC and now the final test in the series is under a cloud.

From cricket we go to Pakistan, another one of our favourite obsessions. An interesting report mentions how Indian pilots are being subjected to jingoistic music from across the border with the Pakistanis hacking into their frequency. And while we’re on hacking, the NGT website was hacked by those from across the border who want retaliation for the recent ‘surgical strikes’.

Also, the mobile radiation debate will be up in the air again as the SC looked into adverse effects of mobile towers and has asked the Centre for a report on the steps taken to standardize these emissions.

The black money story hit a high note recently with the government announcing that Rs 65,250 crore was declared under the Income Tax disclosure scheme. Feeling very good about themselves are Surat businessmen, one of whom even put up a public disclosure outside his office before the IT department asked him to take it down. The city topped Gujarat with unaccounted funds of Rs 2,500 crore.

In other news, Yoshinori Ohsumi, a Japanese cell biologist won the Nobel Prize on Monday for his research into autophagy, a process by which cells recycle their own content.

And in other-other news taking the internet by storm, reality TV star Kim Kardashian West was subjected to robbery in Paris after guys posing as police men really convinced her and made off with close to $10 million. Good day, all!