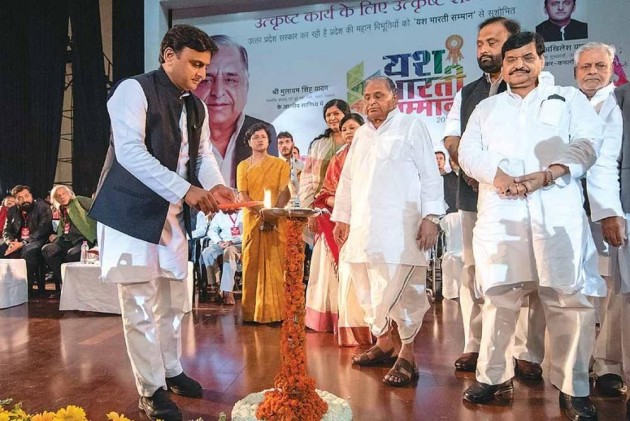 Good morning. Another day begins with the Samajwadi Party family feud and the Tata not-so-family feud which has resulted in Cyrus Mistry getting on the front and business pages of most of the papers. And for the former, reports claim that the party may be losing its traditional Muslim voter-base in light of the ongoing soap opera.

In a directive that puts Google and Youtube in a fix, the Madras HC has asked the parent-child duo to disclose details of a user titled 'Marupakkam Seithigal' for posting content described as defamatory by petitioner, the Lebara Foundation.

Meanwhile, caught in another cross-fire again are residents from Jammu. The ceasefire violations have forced 12,000 villages to shift base. And although refugee camps do exist, only 250-300 people are said to have taken moved in. Time has been unkind to schools in the state too with the TOI calling it a‘Taliban-type offensive’. Seventeen government schools and three private ones are said to have been wrecked in the past three months.

Women and child development minister Maneka Gandhi has written to the DoNER minister Jitendra Singh, asking for a curb on the “illegal and cruel” consumption of dog-meat in Nagaland and Mizoram.

Interestingly, with virtual reality and its cousin augmented reality challenging traditional entertainment spaces, the CEO of Netflix has said that the future brings a hallucinogenic pill. Its simple: One pill to send you into The Matrix, and another to get you back out.

Finally, reports mention that a drunk man called with a death-threat for Delhi CM Arvind Kejriwal. The same day has reports also mentioning that a maximum fine of Rs 10,000 will be levied if you are caught drinking in public in the capital and an arrest may also happen in case of public nuisance. Coincidence? Conspiracy?