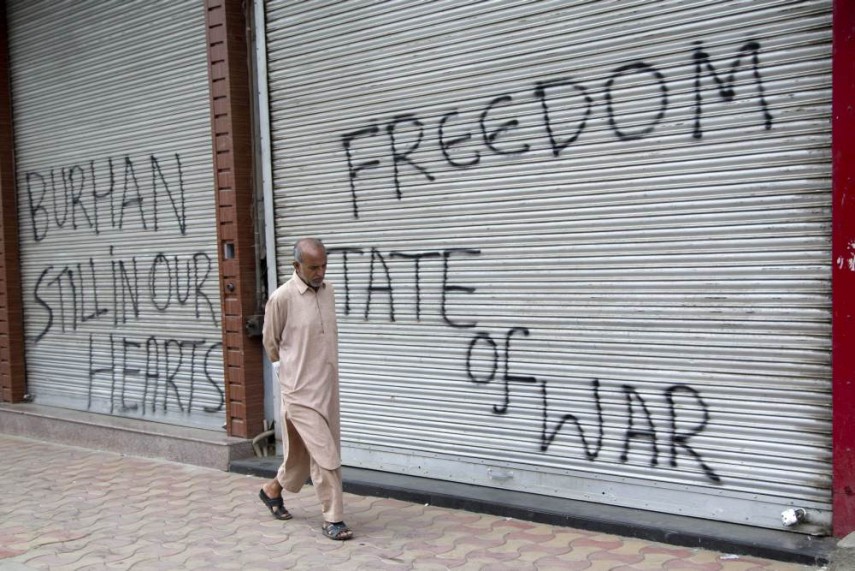 Good morning! After four days of violence in Kashmir, the powers that be, have finally spoken on the matter. The state CM Mehbooba Mufti has appealed for peace while assuring action for the ‘excessive force’ used and has blamed the violence on vested interests. Okay.

PM Modi has expressed anguish at the media coverage of the state and is said to be ‘unhappy’ about it. Right. Meanwhile, violent protestors in the state have reportedly robbed the police of 70 guns.

The Sena meanwhile has been up to the usual in Gujarat. After a video of four Dalit youths being stripped and beaten up for transporting beef emerged, three people have been reportedly arrested in connection with the incident.

While in Maharashtra, a major breakthrough may have happened in the murder case of CPI leader Govind Pansare last year. A school-going 14-year-old has claimed to have witnessed the murder and offers a pretty vivid account in this report.

Eid probably did not happen at the right time for the Supreme Court. A record 1330 cases were up for hearing on Tuesday and lawyers apparently had problems even making their way to the court-room to argue cases.

Amidst allegations that he had rigged investigations into the coal scam, former CBI director Ranjt Sinha has been indicted by a panel of the Supreme Court. It said that Sinha’s meetings with the accused prima facie indicated that there were attempts to influence his decision.

And in continuation of ISIS stories from across the country, the NIA is said to have picked up two ‘key accused’ in connection with a terror plot in the city of Hyderabad.

Also, in news that narrowly missed out on the little listicle above, China is said to be defiant about UN’s intervention in its playground called the South China Sea. After the ruling went in favour of the Philippines, India also had something to say. Haha. There is also a very interesting sparring contest that is happening between ‘leopard’ Subramanian Swamy and ‘slimy’ Mukul Rohatgi. Their words, not ours.