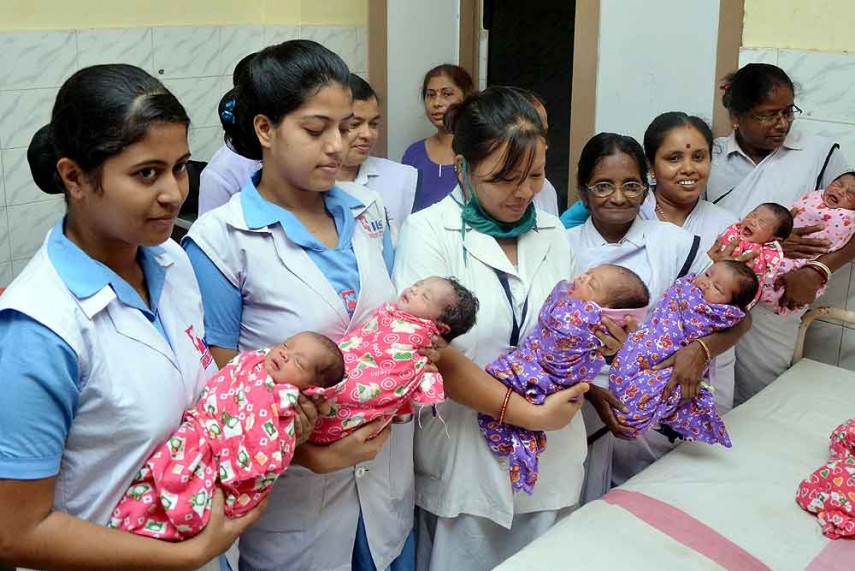 Good morning. We’ll start with good news today that says that the Union Cabinet has amended the Maternity Benefit Act of 1961. Expectant mothers will now have paid leave for six and a half months instead of the earlier three.

And while we’re on ‘women empowerment’, Delhi CM Arvind Kejriwal was quite a proponent of those two words, second only perhaps to Rahul Gandhi. An RTI now reveals that Kejriwal has not called for a single meeting to discuss law and order or the security of women in the capital. Also, remember when he had given the AOL and Sri Sri free rein over the Yamuna? The NGT has said that the event damaged the Yamuna floodplains and has asked AOL for a response to an inspection committee’s report within three weeks.

Meanwhile, cow vigilantism is currently at a crossroads (we’d like to believe). After the PM called a majority of gau rakshaks fake, the Haryana government is now planning on issuing IDs to the cowboys.

Global warming? No, that is a load of you-know-what says the administration of Shahjahanpur, Lucknow which hits the mid-40 C mark regularly. Officials have instead bought a snow-plough which costs about Rs 20 lakh for the impending ice-age.

Speaking of avoiding future disasters, the Centre has issued a notice to states to mark ‘Selfie Danger Zone’ at tourist spots and accident-prone areas. Signs saying ‘Pokemon Don’t Go’ will also probably come up in the near future.

For those interested in the happenings of the Mohammad Nayeem case, the Deccan Chronicle has a full page of coverage today.

Remember the Emirates flight crash-landing last week? Mohammed Basheer, one of the passengers on the plane has won a lottery for $1 million and is a bit miffed with all the attention.

Finally, there is the report on the alleged fraud by Ranbaxy after a Singapore tribunal revealed that the company had deliberately buried information and kept Japanese company Daiichi Sankyo in the dark before its takeover.